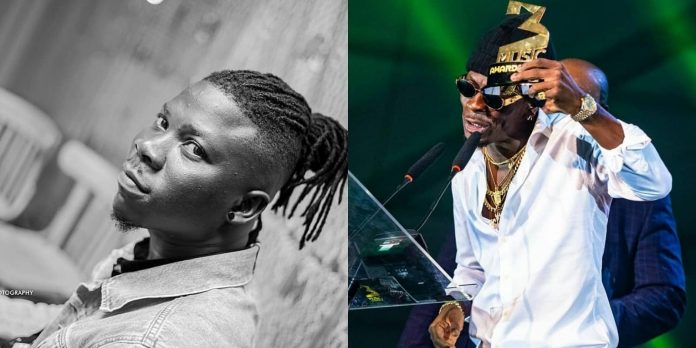 Organisers of the Vodafone Ghana Music Awards (VGMA) – CharterHouse – have served notice sanctions will be served against Ghana’s music giants, Stonebwoy and Shatta Wale, following a brawl at the event Sunday.

Stonebwoy has apologised to Ghanaians for pulling a gun on stage at the 20th edition of the VGMA following a fracas between his camp and archrival Shatta Wale.

The head of Bhim Nation was receiving his award as ‘Reggae/Dancehall Artiste of the Year’ on stage and was interrupted as his contender and rival, Shatta Wale and his camp, moved up stage causing pandemonium. Security personnel had it tough controlling both camps in an open fight as Stonebwoy was seen on live TV pulling a gun during the melee.

“CharterHouse has taken serious exception to the incident that happened and at the 20th edition of the awards and thus will ensure that the needed sanction are applied,” a statement from the organisers said.

CharterHouse has apologised and served notice it will hold a presser soon to address the issues.

Meanwhile, dancehall artistes Stonebwoy and Shatta Wale have been arrested by the Police over the gun incident on the VGMA stage.