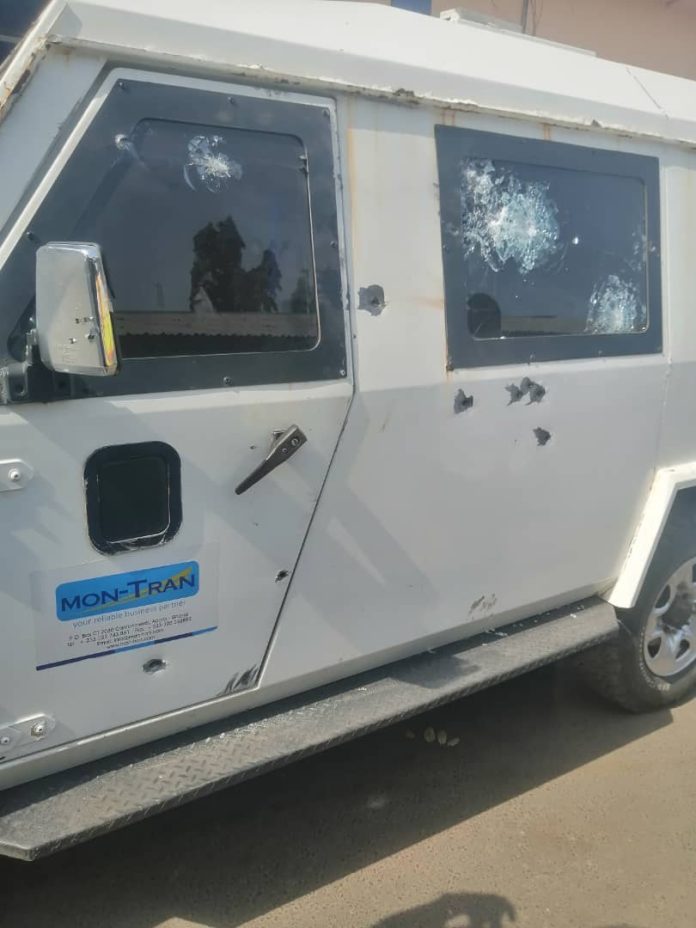 The four accused police officers standing trial for their alleged involvement in bullion van robberies in Accra will later today [Monday, April 25, 2022] reappear before the court.

The four have already been denied bail three times after their arrest in March 2022.

The suspects were detained by the police following an intelligence-led operation at their hideout at a place near Ashaiman.

During the last court hearing, counsel for the suspects prayed the court to grant the accused bail explaining that they were police officers known by the service and cannot abscond.

However, the prosecutor, Sylvester Asare, vehemently opposed the prayer and called for the suspects to be remanded

Giving her ruling on the bail application, Justice Patricia Amponsah said the counsel for the accused didn’t have enough reasons for the suspects to be granted bail.

The four suspects were thus remanded into police custody and are to reappear later today, Monday.

On March 8, the police announced the arrest of the four policemen, alongside one civilian suspect, over bullion van attacks.

North East: Security beefed up in Yagaba after killing of two...