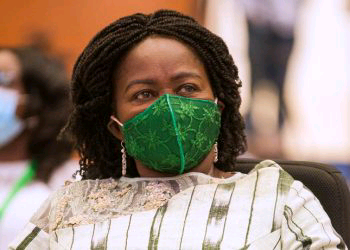 Prof. Naana Jane Opoku-Agyemang, the Running mate of John Dramani Mahama and National Democratic Congress (NDC) says the Mahama-Led administration did not scrap the controversial teacher trainee allowance but rather replaced it with loans.

She said the move was to ensure that students had easy access to more money for their upkeep while under training.

According to her, the loans that were granted teacher trainees were twice the amount that was given to them as allowances.

Speaking at a ceremony at the Wesley College in the Ashanti Region, the former education minister said some persons have claimed in different media programmes that the allowance was scrapped and monies due the trainees were withheld from them but, “I need to emphasize that we never scrapped the allowance. We never took anybody’s money from them. All those who were receiving the allowance, received them till it ended. We gave them the loans that was about twice what they were getting as allowances because we thought they needed more.”

The subject of teacher trainee allowance has recently recently become topical in Ghana’s media following reports that many trainees are owed allowances of more than four months.

This comes at a time where there were threats that teacher trainees would be forced to feed themselves over the non-payment of feeding allowances by the government.

The government has since announced the release of allowances to cater to the feeding of the trainees.