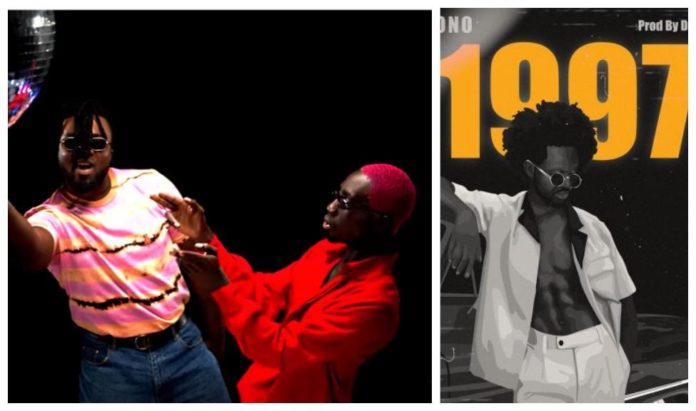 Growing up, we all had that one uncle (well, at least I did!) domiciled abroad for years and who we’d rarely heard of, or just briefly seen. One day, though, he turns up at the door, fresh from his travels, with cases full of second-hand goods and a dated sense of fashion as souvenirs.

We’re amused and stunned, at first, but then we’re increasingly fascinated by this air about him which, really, could only be a throwback to times so distant that we recall only faintly — or not at all. It’s the feeling I had when, in 2018, Ghanaian musician Joey B released ‘Greetings from Abroad’, a track that clearly harked back to the ‘burger highlife’ era of Ghanaian music. Actually, it played out like a remade, and renamed, cover of a popular burger highlife song (‘Awo Yi’, Bessa Simons) — at least until his ‘twin’, Pappy Kojo, leapt in with a rap verse that sort of sent the song hurtling decades into a more modern mould.

Then came 2020 — a year almost as unexpected as our dear uncle-at-the-door — and the ‘proper burgers’ returned, led by Lord Paper’s ‘Asabone’, featuring pink-haired sensation Bosom P-Yung. Paper — full name, Michael Takyi-Frimpong – wasn’t too warmly embraced by the general music-loving populace when, not many years ago, he thrusted so brazenly into our collective consciousness. Steadily, though, he has evolved into a more family-friendly singer, serving songs — and videos — that aren’t half as lewd as the first impressions he made on most of us. With the experimental ‘Asabone’, Paper has made himself even more likeable to mature listeners, and broken new ground.

Do pardon, all ye great burgers of old, and especially the greatest in the pantheon: Daddy Lumba, patron saint of the burger highlife sub-genre. ‘Asabone’ stands as a nod to Lumba, and I’m not just guessing that from the flow, instrumentation (by Bodo Staiger Gomez Beatz), name-dropping, ad libs, and all; at the end of the accompanying video, in fact, there’s a post-script to that effect. And if it still weren’t obvious enough, Paper, in an interview with GBC Radio Central — monitored by MyNewsGh.com — made a more direct admission.

“Basically, when you listen to my ‘Asabone’ song you’ll realise that it was inspired by Daddy Lumba and burger highlife,” he said.

The inspiration, more specifically, was Lumba’s nineties hit ‘Ankwanoma’ — as long-time fans of ‘DL’ would have picked up shortly into the 153-second-long song — although Paper was quick to emphasise that “there was no sampling.”

A fortnight ago, we had another entry into the neo-burger highlife folder (if you want to call it that) from a most unlikely source — hip-life artiste Yaa Pono – with a song that takes us as far back into the past as its title suggests. You could almost forgive Pono, on ‘1997’, for not pulling off vocals at the legendary Lumba-ic heights Paper more successfully mimicked — the former, after all, is more famed for his rap prowess — but the sound itself is so accurately redolent that its producer, Dr Ray Beat, felt empowered to soar on its wings.

“I will say that currently I’m one of the most versatile producers in Ghana,” he bragged, on the same platform where Paper earlier made his claims. “I can confidently declare that I’m the biggest producer in Ghana right now because of the ‘1997’ song. It has made a lot of people now acknowledge me as a senior producer.

“If you listen to the rhythm, the tones that I played in the beat, you would remember those burger highlife tunes that we used to enjoy in the past. I played strictly burger highlife without swinging in any Afrobeats.”

Okay, we’ve heard you, too.

So, put together, what does all of this mean?

Little more than a younger generation’s longing draw on the good old days, it seems. But even if it’s a passing fad, stirring the waters ever so pleasantly as it goes along, who’s complaining?