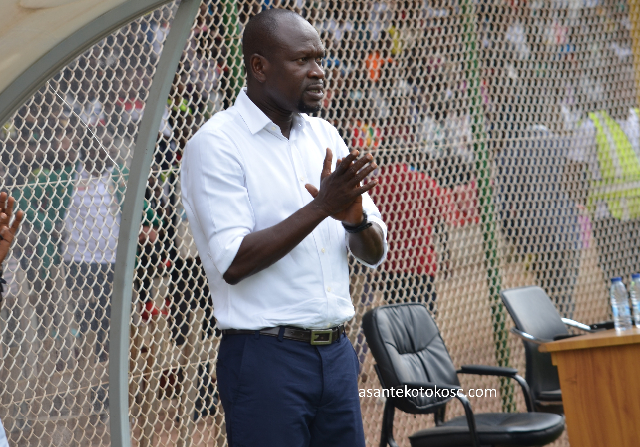 Many are still adjusting to the news that Asante Kotoko, Ghana’s premier club, has parted ways with trainer Charles Akonnor nine months into a three-year contract, given the achievements the former Eleven Wise gaffer has chalked in that brief period.

Fade to Egypt, where Ghana’s Black Stars isn’t exactly having the best of outings at the ongoing Africa Cup of Nations. An axe dangles over the head of coach Kwesi Appiah, and there’s a feeling that — regardless of how the tournament turns out — the former national full-back won’t last very long in his seat.

If that happens, Akonnor should emerge a candidate — leading, even — for a job he hasn’t hidden his interest in. But is he a fit already?

Barely months after Kotoko ended their most successful continental campaign in years — going as far as the ‘money zone’ of the 2018/19 Caf Confederation Cup — the Porcupine Warriors are back challenging for honours in African inter-club action, this time on the more lucrative platform of the Caf Champions League, following recent success in the Special Premier League Competition.

Responsible for those gains was Akonnor, usually suavely dressed in a white-and-black combo reminiscent of two-time Afcon-winning manager Herve Renard.

Suddenly out of work after being inexplicably relieved of his duties this week, calls for Akonnor to angle himself for the Black Stars head coach’s office are beginning to increase in volume. His impressive record as a former player — and captain — of the national team, cobbled together with a sterling club career in Europe, ranks him high on the list of potential candidates, should the Ghana post become vacant.

Those calls could be from a genuine place, but the grounds look inadequately prepared for such a take-off. No doubt Akonnor is a brilliant young coach but, to make such a leap, he needs to earn his wings in the realm of international football management.

For all he has achieved on the domestic scene, Akonnor lacks the experience of coaching a national team. Cutting his teeth with any of Ghana’s junior national teams or even as an understudy on the Stars’ bench — just as current coach Kwesi Appiah did — would be crucial to his maturation on that front.

That way, when the big gig eventually becomes his, Akonnor will be fully ready. Right now, he just isn’t.

Much as Akonnor would be disappointed by the manner of his exit from Kotoko, he can hold his head high over a job well done.

No coach has accomplished so much in so short a while at the helm of the Porcupine Warriors, and Kumasi won’t forget him anytime soon; already, there are pleas by fans of the club for Kotoko’s hierarchy to re-engage Akonnor’s services.

That is unlikely to happen, though, and ambitious Akonnor would quickly look toward the future. Domestically, there isn’t much else for the ex-Wolfsburg star to aspire to. He has steered the three biggest sides here — Kotoko only rounded up a list that also includes Hearts of Oak and Ashantigold — and, unless he fancies foreign adventures, the Black Stars seem the logical next level.

Should a replacement be sought for Kwesi Appiah — and there’s a good chance that will happen sometime soon — Akonnor would be among the favorites. He has proven capable of handling high-pressure situations (at Ashgold and Kotoko) and is also reputed for blooding young players (at Dreams FC). Really, there is no local coach brighter and more coveted right now, while Akonnor’s resumé as a player is just as glittering. A long-time member and former skipper of the Stars, Akonnor well knows the dynamics of international football, and would hardly be out of place.

Yes, he hasn’t had major experience handling a national team, but does he really need to obtain all that before making the big leap?

Akonnor’s credentials — as they are — already sparkle, and Ghana could do worse than throw the opportunity his way when next a new man is sought for the Stars.