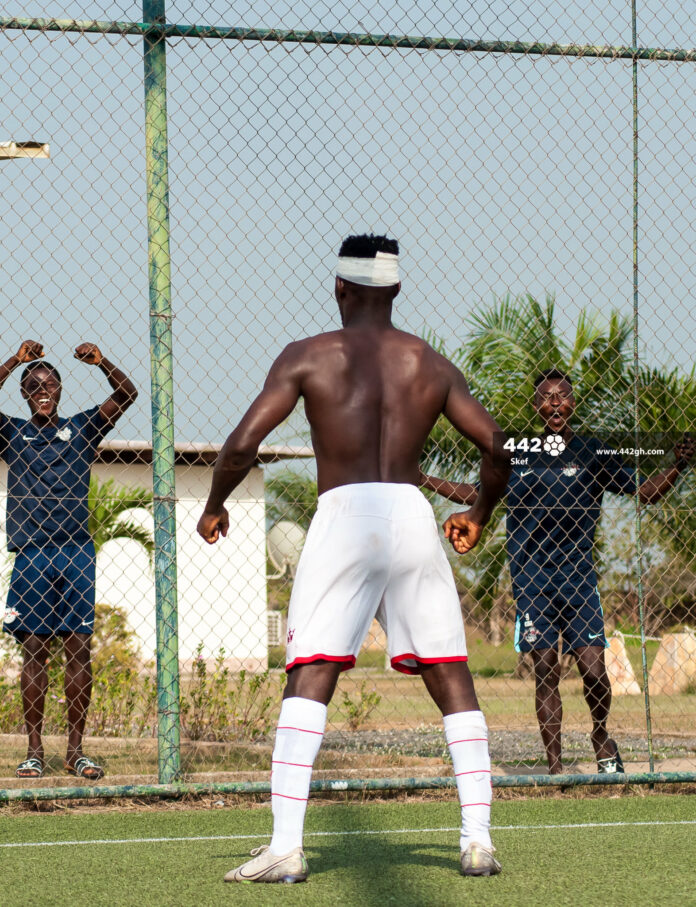 1ALLIES SHAKE OFF THE ‘POST-HEARTS BLUES’

Ever heard of the ‘Hearts blues’?

Well, it’s a condition recently diagnosed by TSR which plagues those teams that, after avoiding defeat to Accra Hearts of Oak this season, had a tough time in their next game. Inter Allies have probably had the worst case of the ‘blues’ yet, failing to win any of the three games that followed their Week 3 victory over Hearts. This weekend, however, they’re finally responding to treatment, showing encouraging signs of recovery with a 1-0 win over Eleven Wonders.

TSR hereby gives Allies a clean bill of health, along with a carton Tampico to aid their recuperation.

Since their 2014/15 return to the top-flight, WAFA have made an annual offering to the gods of Sogakope by slaughtering, butchering, and shredding at least one visiting opponent in the course of the league campaign.

The likes of Sekondi Hasaacas (4-1; 5-0), Hearts of Oak (5-0), Dreams FC (5-0), and Ashantigold (6-1) have all been sacrificed on the altar of WAFA’s bright green turf in the past, and, on Sunday, the Academy lads nearly made struggling Medeama their latest victims.

But the Tarkwa-based team, four goals down after an hour, valiantly fought back to only lose 5-4 — narrowing the margin that would have rendered WAFA’s sacrifice acceptable and ensuring the hosts would have to wait a little longer for their customary thumping win.

Medeama — regardless of all they’ve had to endure thus far this term — are certainly survivors, if nothing else.

Believe it or not, Bechem’s biggest disappointment this weekend wasn’t losing 6-1 to Hearts of Oak on Saturday (and thus losing their perfect record this season).

As the bloodbath in Sogakope got messier by the minute, Bechem silently willed the two combatants on, desperately hoping that one side — or both, if at all possible — would end up conceding enough goals to match/eclipse their own miserable count, just so they’d feel better.

Unfortunately for the Hunters, those nine goals that made up the final score — between WAFA and Medeama — were split up a bit too evenly.

4PICTURE OF THE WEEK