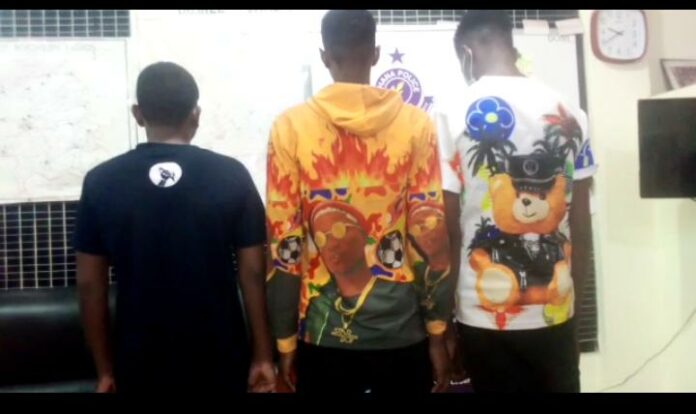 Police at Abuakwa in the Ashanti Regional capital, Kumasi have picked-up three suspects who were in possession of human parts and offered same for sale, dailymailgh.com has gathered.

The key suspect, 65-year-old Kwaku Agyapong, had offered to sell the body parts for ¢30,000, a police statement said.

Following a tip off, police investigators who feigned interest agreed to meet the suspects at a [local hotel] near Abuakwa Manhyia in Kumasi to have the body parts delivered.

Agyapong, who appeared suspicious sent his two accomplices to the location who were arrested by the police on June 10, 2021, with the human remains retrieved as exhibits, the police said.

The two, were later named by the police as Anane Kofi Konye, 48 and Isaac Adota, 25.

“Subsequently, policemen were despatched in the night with suspect Anane Kofi Konye to Adamsu where suspect Kwaku Agyapong was arrested and brought to Abuakwa where he was detained with the two other suspects”, the police said in a statement.

“The exhibits including the two human skeleton parts are kept for evidential purposes”, the statement continued.

The three male adults have been detained assisting police investigations.

“They would be arraigned in court after investigations for prosecution”, the police said.