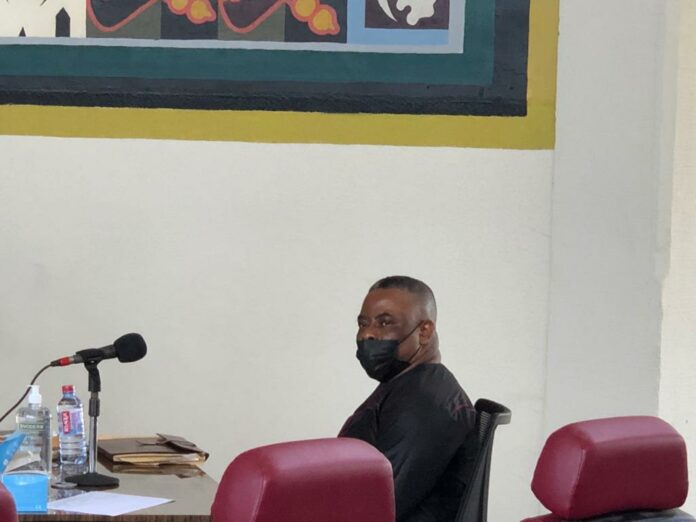 Health officials say the two people who died during a clash between some irate youth and security personnel at Ejura were shot in the back.

Dr Mensah Manye, a Medical Superintendent at the Ejura Government Hospital made this disclosure when he appeared before the ministerial committee tasked to investigate the June 29 disturbances at Ejura on Thursday, July 8, 2021.

Dr. Manye said the first person who died on arrival at the hospital, suffered a gunshot wound around the upper part of his back.

The bullet penetrated into the chest from that entry wound, he noted.

The second person, who died at the hospital after receiving some attention, had a similar entry wound.

“At the back, the middle part of the chest, there was also a gunshot injury,” Dr. Manye recalled.

“He looked so pale, which showed there was some internal bleeding. Whilst doing resuscitation… we lost the patient within 10 minutes of arrival.”

One of the wounded was also shot on the right side of his back above his waist, Dr. Manye noted further. So far, one of the injured persons, a sixteen-year-old boy, has had one of his legs amputated at the Komfo Anokye Teaching Hospital.

The violence occurred during protests that followed the death of Ibrahim Muhammed.

Ibrahim Muhammed, alias Kaaka Macho, died after he was attacked by unknown assailants on June 27 while returning home.

He’s believed to have been killed because he was critical of the government.

The 45-year-old was noted to be vocal on both local and national issues using his Facebook page.

Police in the Ashanti Region have since arrested three persons in connection with his death and put them before the court.

Ibrahim Muhammed was buried on Tuesday, June 29, 2021, alongside the two others who died in the protest.

The Commander of the 4BN of the Ghana Armed Forces has however suggested that some protesters armed with guns may have wounded the protesters.

In his testimony before the committee, the Commanding Officer of the 4th Infantry Battalion, Lt. Col. Kwesi Ware Peprah, claimed some protesters also fired guns during the protest.

He maintained that soldiers who were on operational duty at the scene did not intend to shoot to kill.

“The aim was not to kill. It was just unfortunate. As a matter of fact, I even suspect that the weapon that fired from the protesters might have hit one of them.”

Collapsed banks: You should have used “common sense” – Mahama to...