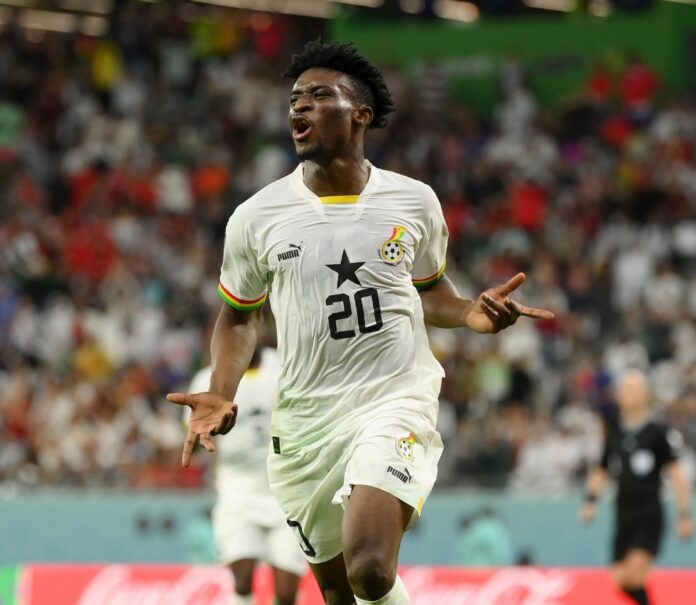 AFC Ajax Amsterdam player Mohammed Kudus is already making claims for himself at the 2022 FIFA World Cup tournament in Qatar after saying Neymar Da Silva Santos Jnr is not better than him.

The Ghanaian midfielder believed to have told English news outfit, The Guardian that the Brazilian star has a higher profile which does not necessarily make him a better player than him ahead of the 2022 FIFA World Cup tournament in Qatar.

Kudus seems to be proving that he’s at the very top with scintillating display so far at the 2022 FIFA World Cup for Ghana’s Black Stars who boast of a win from two matches.

Mohammed Kudus: “Neymar is not better than me. He’s just a higher profile player, that’s all… Me and Neymar, part two? I’m sure he would enjoy it.” Kudus said as quoted by the Guardian Sports.

The 21-year-old Ghanaian attacking midfielder has scored two goals and one assist in two games already at the FIFA Mundial.

Kudus has also won one Man-Of-The-Match award at the Mundial against South Korea when he bagged brace in Black Stars 3-2 win.

He could help Ghana qualify for the knockout stages of the tournament with win or maybe at least a draw against Uruguay on Friday evening in a group H decider.