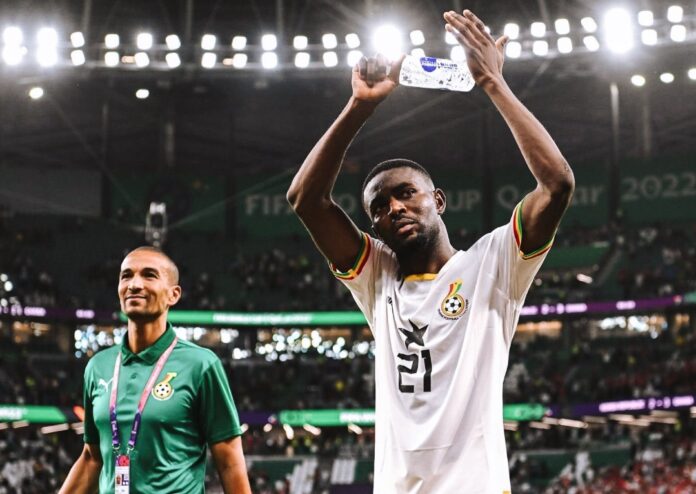 The box-to-box midfielder played full throttle for the Black Stars team as they won 3-2 against the Asian powerhouse at the Education City Stadium in Al Wakrah.

“Until the last second,
Thanks for the support”, he Tweeted after Ghana beat South Korea today.

He just joined the World Cup squad of Ghana ahead of the 2022 FIFA World Cup tournament in Qatar after excelling in the French Ligue 1 for his team this season.

He’s been a pivot for the Ghana team in midfield with jaw-breaking display against the against European giant Portugal and Asian powerhouse South Korea.

He helped the 2010 quarterfinalists impressed in an opening 3-2 defeat against Portugal and went in front in the 24th minute when defender Mohammed Salisu swept home Jordan Ayew’s curling free-kick.

Ghana’s game against the South America side, Uruguay, in the final Group H game on December 2nd (Friday) will kickoff at 3pm.