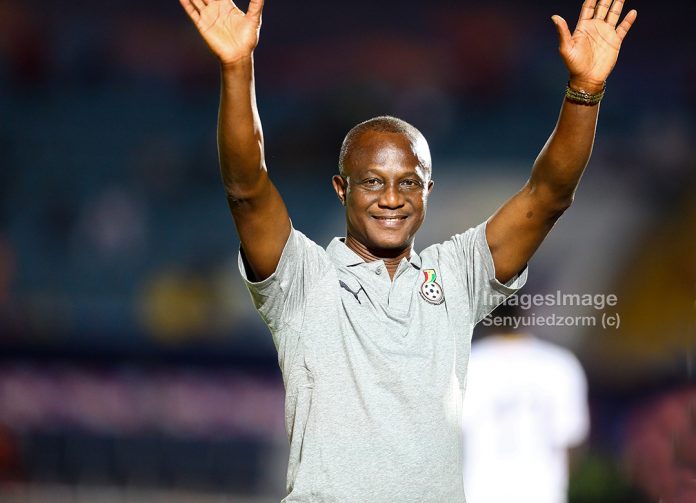 But both factors only build up to moments: big and small, forgettable and memorable.

Indeed, at its most basic, football is all about moments, and when Ghana played Guinea-Bissau on Tuesday, there were more than a few of those. The latter saw a couple of efforts come off the woodwork and go waste, while the extra frame of Black Stars No.1 Richard Ofori kept out a few more goal-bound strikes. Ghana, too, had its fair share of moments, with lone striker Jordan Ayew mainly responsible. The Crystal Palace man crashed two against the post — forgettable, but only because of that which proved memorable.

Picking a classy pass slid through the left flank by Baba Rahman, Jordan merged skill and strength to go past the single opposing defender he faced. The angle was still tight, but a way was found. It must have been an arc, or some other angular trajectory that my poor comprehension of math just won’t permit me to identify. Whatever it was, though, Jordan figured it out and had the ball bend ever so slightly beyond the Bissau-Guinean goalkeeper in a blink. Away Jordan wheeled, crossing his arms in celebration just as he had after scoring against Benin in Ghana’s opening group game.

For a Ghana team that had labored through two games and the opening half versus Guinea-Bissau, Jordan’s goal felt cathartic. For Ghanaian fans, it certainly proved so. But the job wasn’t quite done. More was needed to ensure that the Stars steered their own fate, with little dependence on the outcome of the other game between Cameroon and Benin.

A scoreless draw in that match meant Ghana only needed another goal to finish Group F winners, and it was soon delivered: the product of a move started and completed respectively by Andre, the older Ayew, and Thomas Partey — both usually impactful but hitherto muted. Rahman, emblematic of Ghana’s exertions on the day, served as conduit once more.

The goals arrived 26 minutes apart, but until the second came, margins had been quite close. For considerable spells, especially in the first half, Guinea-Bissau’s Wild Dogs barked and snarled. On a number of occasions, as mentioned at the outset, they came very close to biting — too close, in fact.

But there’s a lot that has been said about the mentality of this Ghana team, even as they dragged themselves to the top of the pile: about how they fight their way out of the tightest corners, and about how they push, pull, pour and pry until something gives. In sweltering Suez, all that was evident, with the Stars racking up more in possession percentage and shots on goal than they had in their two previous outings. Trust the stat freaks to pore over those improved numbers and discern what they could mean going forward.

For those who find delight in the gospel of tactics, too, there were positives to be gleaned. The second-half introduction of Afriyie Acquah to partner Mubarak Wakaso in a double pivot — and the chain of events triggered, ultimately culminating in a freer Partey’s clincher — should help establish a template for Ghana to make further progress, perfected with a tweak or two. Requiring particular attention is the slow start the Stars usually have to games, a genuine worry for head coach Kwesi Appiah.

“The first half was not good enough so at half-time I told them to wake up and we saw the urgency they started the second half with,” he revealed post-match.

Hopefully, the slumber ends now and Appiah wouldn’t have to sound the wake-up call twice, for the knockout phase of the Afcon offers little room for error. Opponents — starting with Tunisia on July 8 — would only get tougher and less forgiving, and Ghana will have to match those levels of awareness. The journey to glory is yet long, and there may be a few more twists and turns to be navigated.

But you know what?

Ghana — even with the fewest points among Afcon 2019’s six group winners — may have found the compass. And, right now, it’s pointing North.

AFCON 2019: The year of restoration for African coaches?