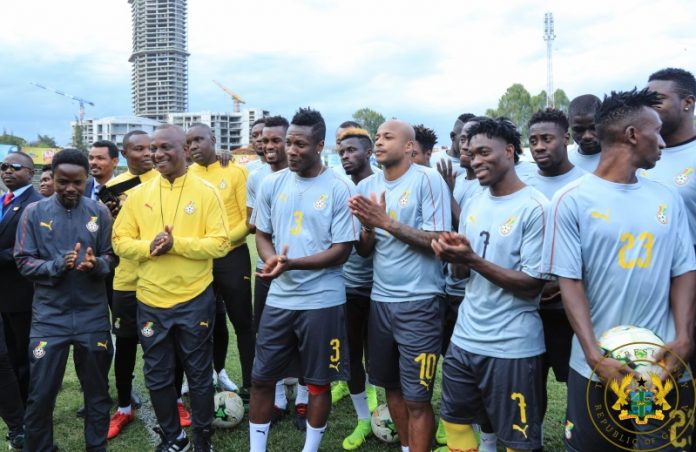 Ghana is still in the hunt for their first ever AFCON trophy in 37 years and will face Tunisia for a place in the quarter-final of this year’s tournament in Egypt.

The West African powerhouse disciplined Guinea-Bissau with a 2-0 win in the final group game on Tuesday at the new Suez Stadium to finish as group F winners.

On the other hand, the North Africa side played out a goalless draw game against debutants Mauritania in their final group game and finished second with just 3 points while Mali remained unbeaten in group E with two wins and a draw to finish as the leaders with 7 points.

Meanwhile, the four-time champions will face the Cartage Eagles in the round 16 stage of the competition on Monday, July 8, 2019 at the Ismailia Stadium at 19h00 GMT.

The Black Stars of Ghana have at least reached the semi-finals of the last six AFCON tournament finishing as runners-up of the competition in 2010 and 2015 in the process.

Tunisia have faced Ghana on seven occasions in Africa Cup of Nations history with the Black Stars winning six and drawing one.