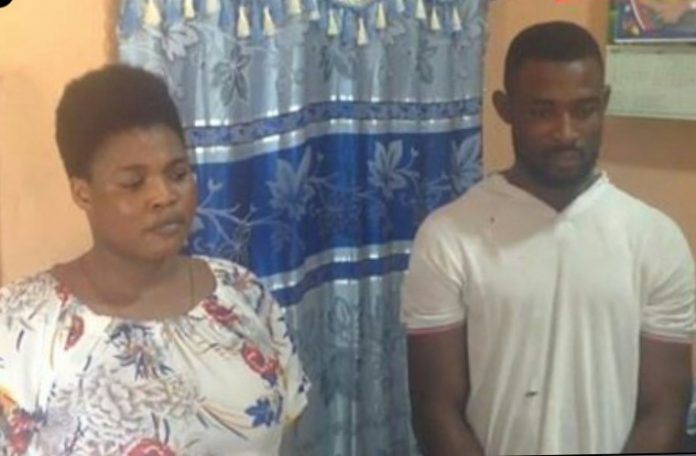 A man and his girlfriend have been arrested for the alleged murder of a 34-year-old taxi driver Stephen Amankwaah Okyere, at Asante-Mampong in the Ashanti Region.

The suspects have been identified as Isaac Manu aka Happy and Shantel Asante— both 27 years of age.

Shantel was picked up at a hideout upon a tip off while Isaac Manu was also arrested at Elimina on Thursday September 5, 2019, in the Central Region, following months of investigations.

Mampong Divisional Police Commander, Chief Superintendent Stephen Boadu who confirmed the development at a press briefing on Monday said the suspects would soon be arraigned.

The suspects, according to the police chief, were said to be occupants of the taxi cab driven by the deceased when the incident happened on that fateful day.

Both suspects, according to the police also admittedly hacked some body parts of the deceased for money rituals.

Preliminary investigations also reveal that the attackers sold the taxi cab with registration number AC 1205—17 to the tune of GHS14,000.000.

Police say they have mounted a search for the vehicle as part of their investigations.

The deceased had his penis, testicles and tongue hacked off during a horrifying attack.

A week after Stephen Amankwaah Okyere had gone missing, his mutilated body was found lying in a bush near a cocoa plantation at Nintin – a community located close to Mampong.

ASP Godwin Ahianyo, who speaks for the Ashanti Regional Police Command, said a pathologist who went to the scene with a team of police officers reported that Okyere, 34, died of ‘strangulation’ and ‘body mutilation’.

According to him, wife of the deceased, Amoanimaa Dede, on Monday, January 7 reported her missing husband to the Mampong Divisional Police Command.