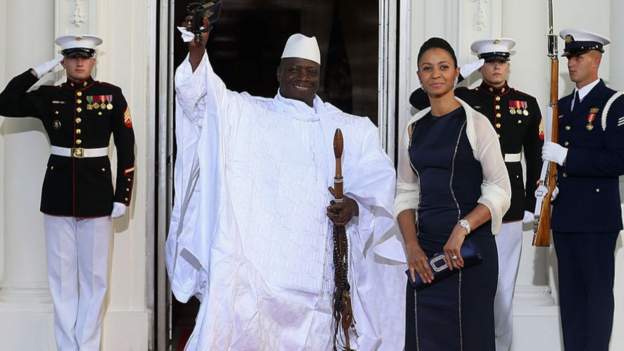 The US state department has announced economic sanctions against Zineb Jammeh, the wife of Gambia’s former President, Yahya Jammeh.

Zineb is believed to have assisted or facilitated the corruption carried out during her husband’s 22-year reign in the West African country, the department said in a statement.

“Zineb Jammeh is designated for her role in materially assisting, sponsoring, or providing support to her husband. She utilised a charitable foundation and charities as cover to facilitate the illicit transfer of funds to her husband,” the statement said.

The former president ruled The Gambia for more than 20 years. He fled the country after losing the 2017 elections and now lives in Equatorial Guinea.