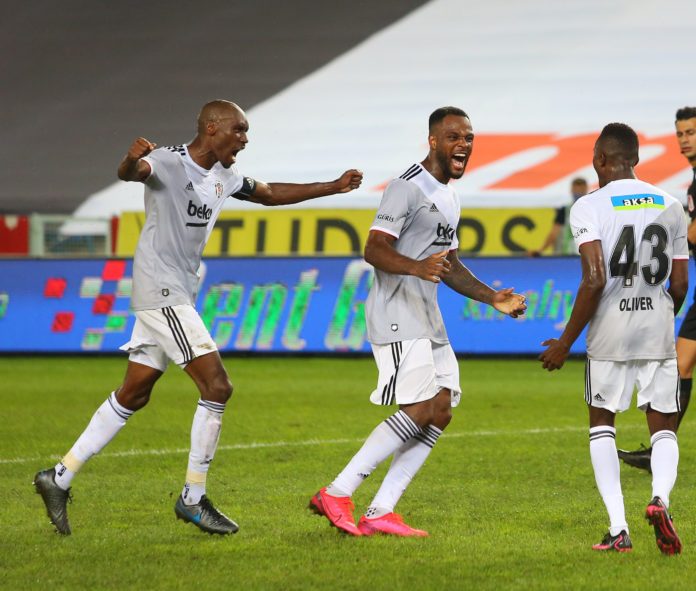 Ghanaian international midfielder, Bernard Mensah was on target on the season opener for Turkish giant Besiktas JK away at Trabzonspor.

The 25-year-old attacking midfielder grabbed his first competitive goal for the Black Eagles in his second competitive game after suffering defeat in the Champions League qualifying stages in his first official game for the club.

Besiktas couldn’t have asked for a better start to the season as Tyler Boyd scored the only goal of the opening half after 29 minutes to put them ahead in the game before heading into the break.

After a VAR review of a potential infringement inside the box, the Ghanaian was presented an opportunity to score from 12-yards and made no mistake in slotting home the penalty awarded after VAR completed its review to make it 2-0 after 64 minutes.

Jermain Lens made the safe and put the game beyond the reach of the host as he netted the third to make it 3-0 to the Black and Whites.

Abdulkadir Umar scored a consolation goal for Trabzonspor four minutes from full time as it finished 3 – 1 to the visitors.

SHAKING THE KOP: Liverpool Embraces a New Breed of Heroes

Why a regional criminal court for Africa is a good idea

Kwesi Pratt from up close: Mercenary journalism is the new national...