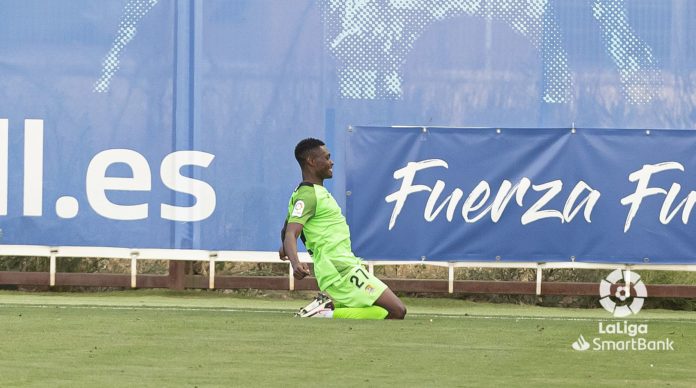 Ghana’s young and enterprising forward, Tahiru Awudu scored in his debut for CF Fuenlabrada against CD Lugo on Sunday.

The 20-year-old Ghanaian international signed for the Spanish side during the week and was off to a flyer in their season opener win at home.

The first half failed to produce a single goal despite an end-to-end game which ended goalless at the break.

The former SC Medeama wonder kid scored with a goal poachers finish inside the goal area from in and around the sislx-yard box to put the host 1-0 in the 64th minutes.

Randy Ntekja scored the second goal for the host 20 minutes before the end of the game to help Fuenlabrada to record a 2-0 win at home to go second on the league log.

After a scintillating debut, the young Ghanaian lad would be pleased with himself and hope to continue with his impressive showings in the Spanish La Liga 2.