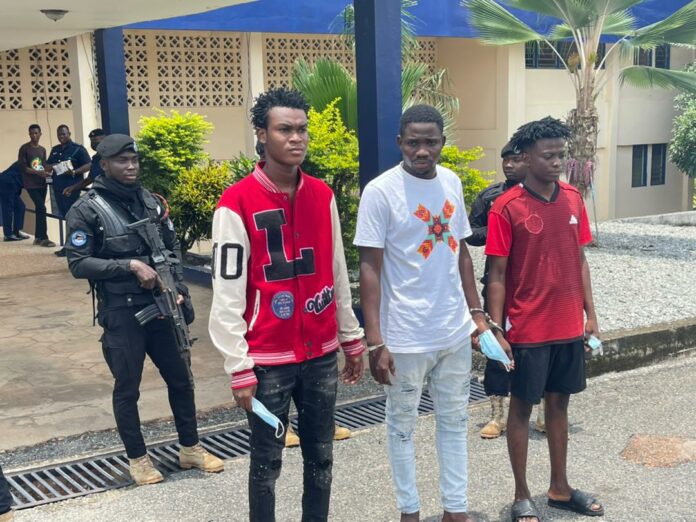 Three male adults have been arrested men in Akatsi, near the Volta Regional capital, Ho, for defrauding the public in relation to recruitment into the Ghana Police Service, an official statement said.

The suspects were arrested on September 14, for a fraudulent Facebook advertisement which offers to assist applicants who want to be enlisted into the Ghana Police Service.

The post is purported to have been created by the Volta Regional Police Commander, DCOP Mr. Edward Oduro Kwarteng.

In a press release signed by DSP Efia Tenge, the Police stated that, “preliminary investigations revealed that many victims have paid various sums of money to the fraudster with the hope of being favoured in the ongoing recruitment exercise.”

The Police stated that a total of five suspects have been apprehended in the past weeks for recruitment fraud.

The security agency urged persons who have fallen victims to the scam, to report to the command to assist in the investigations and prosecution.

“The Command wishes to state that it is not responsible for recruiting persons into the Service, as such, desperate applicants should be wary of protocol allocations being offered all over the place,” parts of the statement read.

Teach us how to implement Double Track System – Kenya to...