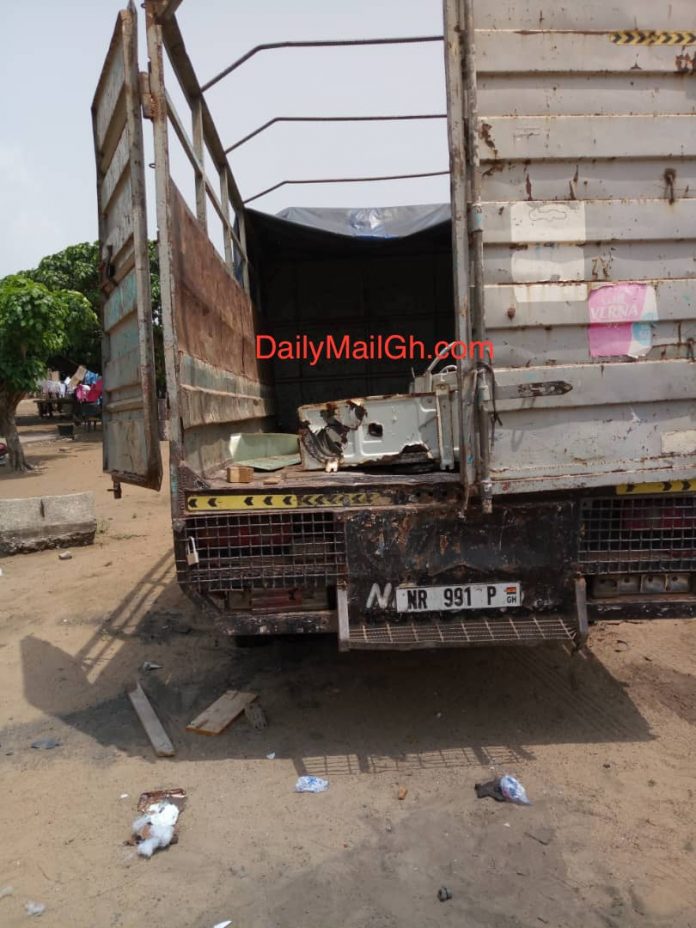 Two on-duty police officers are under investigation in a case of theft that has rocked the Osagyefo Power Badge enclave at Effasu, near Half Assini in the Western region.

The officers have been identified as Peter Zator and Ibrahim Mohammed.

Four other accomplices, who are civilians, have also been picked up in connection with the case. They have also been identified as; Usif Musah, Usif Sulley, Abdulai Issah and Joseph Baidoo.

Police upon intelligence, intercepted a Benz Cargo truck with registration number NR 991 P which was allegedly used for the operation, with the four occupants on board.

When the driver was interrogated, he mentioned Lance Corporal Peter Zator and Lance Corporal Ibrahim Mohammed, who are marine officers at Anyinase, near Half Assini, and were stationed at the Osagyefo Power Badge,  as those who contracted them to convey the stolen items to a yet to be identified location.

Police later arrested the officers who were spotted on an unregistered motorbike and were ready to escort the cargo truck to the said location.

The officers together with the four accomplices have since been detained at the Half Assini Divisional Police Headquarters as investigations continue.

Akufo-Addo: I won’t buy the media to look good

My government’s record in agriculture is impressive – Akufo-Addo