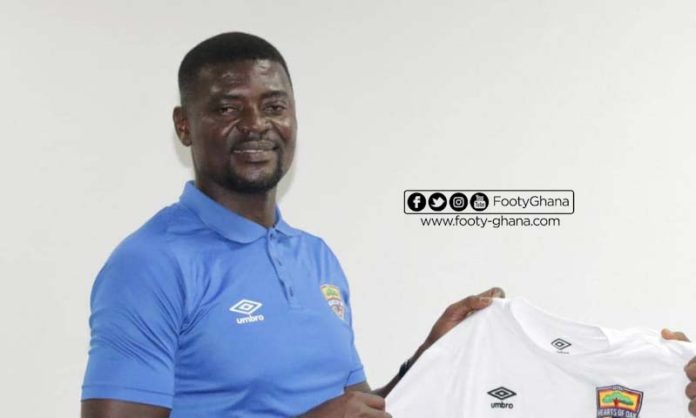 He said his team conceded six against 2021-22 CAF Champions League winners Wydad Athletic Club because his players were inexperienced in the competition.

According to him, his players are well exposed in the interclub competition in Africa and will not conceding goals for fun again.

Hearts of Oak Coach Samuel Boadu to Asempa FM: “I don’t think we will concede 6 goals in Africa again. The boys are now exposed.”

Hearts were beaten 6-1 in Morocco against Wydad Athletic Club in the playoffs of the CAF Champions League and subsequently loss 4-0 to JS Sauora in the Confederation Cup too.

Hearts won the 2021-22 MTN FA Cup final against Bechem United FC at the Baba Yara Sports Stadium in Kumasi and will represent Ghana in the 2022-23 CAF Confederation Cup competition.