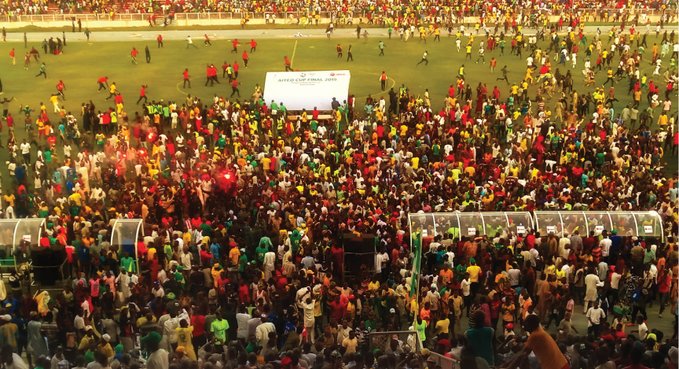 Kano Pillars head coach Ibrahim Musa insists they are coming to Kumasi to eliminate Asante Kotoko from the CAF Champions League on Sunday.

The Nigerian giants won the first leg at the Sani Abacha Stadium by three goals to two and their coach maintains they have corrected all their mistakes as they plan to make it double win over the Porcupine Warriors this weekend.

“We are coming to Kumasi to shock Asante Kotoko at their home ground. Porcupine Warriors are doing extraordinary well in the continent and we admire them very much,” Musa told Kumasi FM.

“We played good football at home and scored three but we conceded two set pieces goals and we are working on that aspect not to let in such goals in Kumasi.”

Musa further stressed that they knocked out “club of the century” Al Ahly before in an African club competition so they do not fear any team and that should serve as a warning to the Ghanaians.

“In our first time in the CAF Confederations Competition, we reached semi finals stage by knocking out Al Ahly so we don’t fear any club on the continent. If we were able to do against Ahly in Egypt in past years we can thrash Kotoko,” he stressed.

“We are in Kaduna preparing on natural grass because of the Kotoko pitch. We are not coming to defend or play delay tactics we are coming for victory,” he added.

Ghanaian actress Yvonne Nelson’s ‘Fix Us’ makes it to Netflix