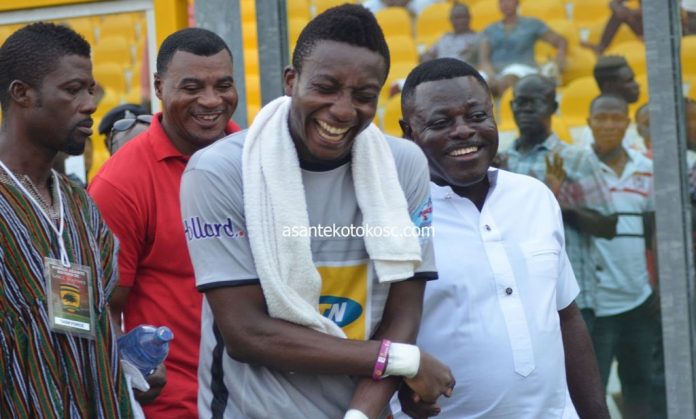 Asante Kotoko captain Felix Annan has said his team-mates are ready for their next opponents Etoile du Sahel in the CAF Champions League.

“We are not afraid of any football club in Africa irrespective of where the team comes from or their pedigree because we are also a strong side,” Annan told Dailymailgh.com.

“The name Étoile du Sahel doesn’t put fear in us because you cannot be champions if you fear to come up against such clubs,” he stated.

Annan added: “Kotoko is one of the biggest football clubs on this continent and that alone should make every player battle ready because the other teams also know what we are made of.”

“As footballers it is always our dream to play high profile games because that’s what we do and live for moments like this and we are happy and ready for the battle.

“Coming into the game against Kano Pillars a lot was said about the team and no one gave us the chance to win but we proved that we are Kotoko,” he noted.

The skipper praised the players for giving off their best and tasked them to be ready for the bigger picture.

“We know Étoile is a big club but not bigger than Kotoko so we are ever prepared and ready to face them square and fair anytime, any day”.

Annan is also urging the fans to always pray for the team and support them even in times of difficulties.

“I want our supporters to know that we are ready to die for them and they should always be there for us and we promise to deliver the best we can to make them happy and proud of the team,” Annan stated.

Over 10,000 beds given to hospitals in Ghana