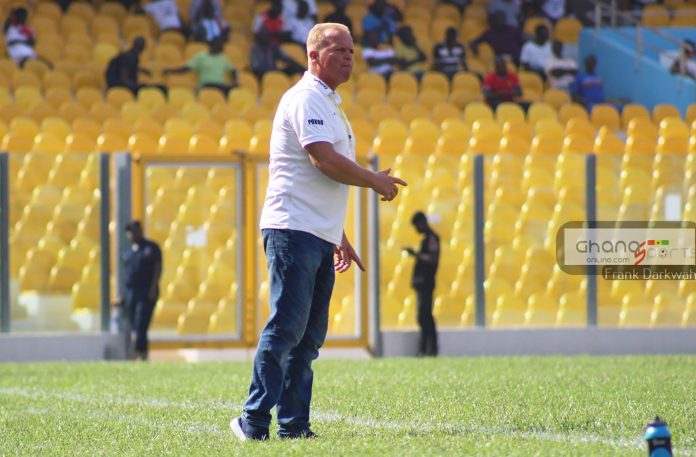 Head coach for Asante Kotoko Kjetil Zachariassen has expressed joy and excitement at the camp of the Porcupine Warriors since the return of the club’s prodigal son Sogne Yacouba.

“The technical team and everyone at the club is pleased with Sogne Yacouba’s return to the squad as he offers a lot for the team in attack,” he said, adding his charges are ready for the CAF Champions League game against Kano Pillars.

“It is not up to one player to score to secure qualification for the team but other players have also been given the freedom to express themselves”, he said to the press after the team’s training on Tuesday.

“We score a lot of goals at training, we are scoring in matches and we have six people in front of the back four who can also score so we don’t depend only on our strikers,” he said.

According to the Norwegian tactician, Yacouba is currently recovering from injury and will receive updates from the medical team on his progress.

“Everybody speaks very well about him. So we hope he can get fit because he is injured and he is just doing some running at the moment. We will check on him and see how things pan out for him.”

“I am very confident in my boys’ abilities and I know they will deliver for the team and make the supporters proud on Sunday,” Zachariassen added.

The Fabulous Boys will battle Kano Pillars this Sunday at the Baba Yara Stadium as they look to progress to the next stage of the preliminary stages after succumbing to a 3-2 away defeat in Nigeria.