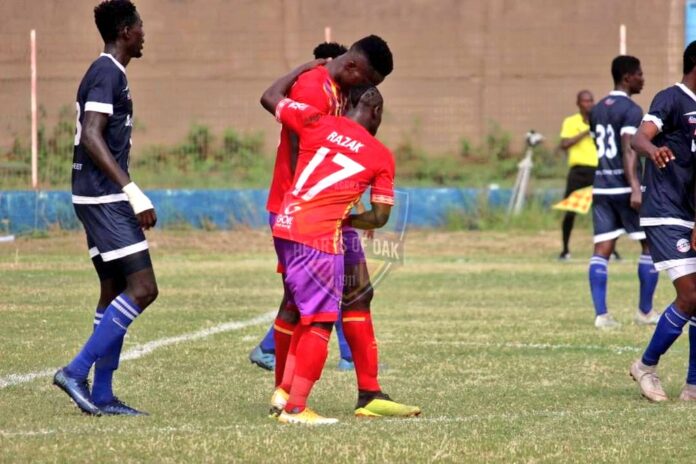 Accra Hearts of Oak young striker, Isaac Mensah struck late after coming from the bench to secure a vital away win in Dansoman against Liberty Professionals FC on Wednesday.

The Phobians went four games without a win under former coach Kosta Papic but have made it two wins in two matches under Nii Noi who’s acting as head coach after the departure of the Serbian tactician.

The first 45 minutes of the match belonged to the home team, Liberty, who created a lot of chances but failed to utilize their opportunitities.

The Phobians came into the second half stronger and got the better of the hosts as they beat them 1-0 through a goal from Libertysubstitute Isaac Mensah late in the game.

This is the second time, youngster, Mensah is scoring a winning goal for the Rainbow Boys in two consecutive matches in the 2020-21 Ghana Premier League season.

Hearts moves to sixth on the league table ahead of Kotoko who are yet to honour their week 16 game against Bechem United with two games in hand.

Hearts of Oak will play Asante Kotoko on Sunday afternoon in their week 14 outstanding game at the Accra Sports Stadium.