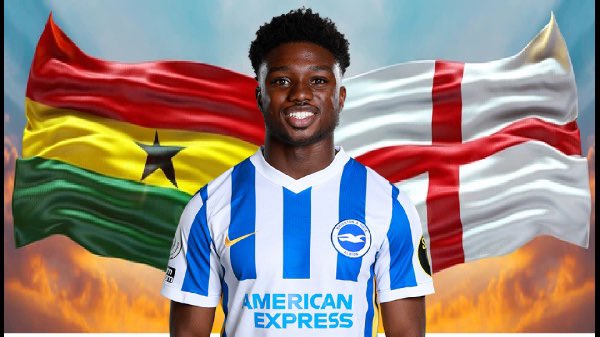 Youngster Tariq Lamptey is set to switch his nationality to play for Black Stars after arriving in the Ghana to meet with the technical handlers.

Lamptey has finally decided to play for Ghana and his in the country to complete all the required process to be eligible to don the Black Stars jersey.

He is expected to be at the Stadium in Cape Coast when the Black Stars start their 2023 Africa Cup of Nations qualifying campaign against Madagascar at the Cape on Wednesday, June 1, 2022.

The 21-year-old recently turned down an invitation to play for the England U21 side, with the team’s coach Lee Carsley revealing Lamptey was seriously considering playing for Ghana.

Lamptey was contacted by Ghana in 2020 but made his England Under-21 debut later that year.

“He’s asked to be left out of the squad for a bit of head space,” said Carsley.

“He’s not switched, it’s not cemented or anything like that but he’s had an approach, we respect that.

“We’ve made it clear how important we see him to us. I know the senior team has as well.

“Tariq is fully aware of how important we see him – I have rung him every day!

“I probably shouldn’t have, I probably pushed him. You can only make it clear so many times. He knows where we stand with him. We respect he’s got a decision to make.”