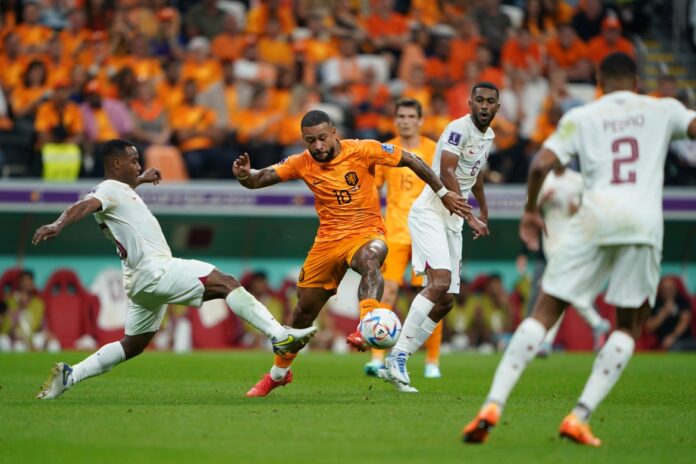 The Oranje of Netherlands comfortable beat the United States of America on Saturday evening in the world cup round of 16 clash to become the first country to make it to the quarterfinals of the 2022 FIFA World Cup tournament in Qatar.

The United States were always facing an uphill battle against the No. 8 Netherlands in the Round of 16, but it felt like they had a chance to see their way through to their second-ever quarterfinal berth.

Instead, they fell short, defeated 3-1 on goals from Memphis Depay, Daley Blind, and Denzel Dumfries.

The finishing in front of net made the difference, as the Dutch capitalized on their three best chances, while the United States missed a host of good opportunities. It started early, as Christian Pulisic saw a massive opportunity go begging in just the third minute, saved by Andries Noppert.

From then on, the Netherlands punished the United States for every mistake, as defensive lapses and attacking frailties continued to haunt them.

On the whole, the U.S. created waves of chances at various points in the game, but scored just once on a wild bounce off the foot of substitute Haji Wright.

The Netherlands move on to the quarterfinals, where they will face either Argentina or Australia, while the United States remain with just one quarterfinal appearance at a World Cup in their history.

GHANA PREMIER LEAGUE WEEK 8: What We Learnt This Week (WWLTW)