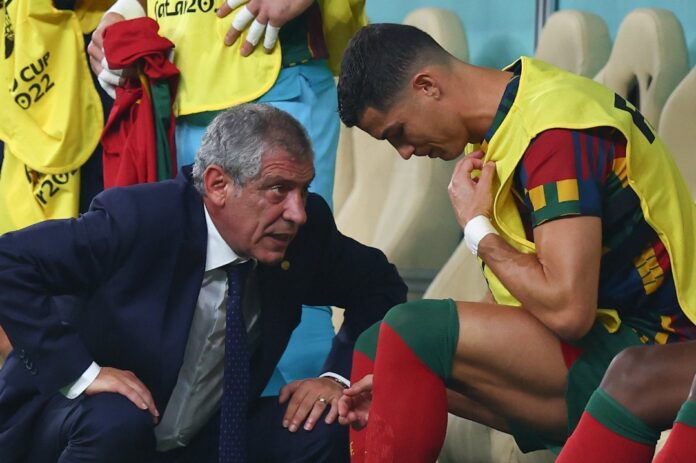 World Super Star Cristiano Ronaldo has been benched ahead of the 2022 FIFA World Cup quarterfinal against Morocco at 3pm today.

Portugal get set for a quarterfinal match against surprise contenders Morocco as the 2022 World Cup whittles down from eight to four teams.

The European side smashed Switzerland 6-1 thanks to a sensational hat-trick from Goncalo Ramos, the 21-year-old Benfica forward who replaced Cristiano Ronaldo in the starting lineup.

With just 34 international minutes to his name at kickoff, Ramos shocked the world and sent Switzerland home with their tails between their legs.

Morocco showed they are no pushovers against Spain, defending with precision and organisation while retaining a threat on the break.

They became the fourth African nation to reach a World Cup quarterfinal thanks to a penalty shootout triumph. None of the previous three success stories from their continent have reached the semifinals.

Below is the latest team news and confirmed lineups for both teams as the match gets under way shortly at Al Thumama Stadium.

Below are the confirmed starting lineups for both teams ahead of their match at Al Thumama Stadium on Saturday, December 10.

Morocco are walking wounded after expending significant energy against Spain. The critical duo of Noussair Mazraoui and Nayef Aguerd were both substituted off against La Roja due to injuries. The two both miss out, and the drop-off to their replacements Yahia Attiyah Allah and Jawad El Yamiq is stark

‘It’s not easy to play football when fasting’ – Ghanaian defender...