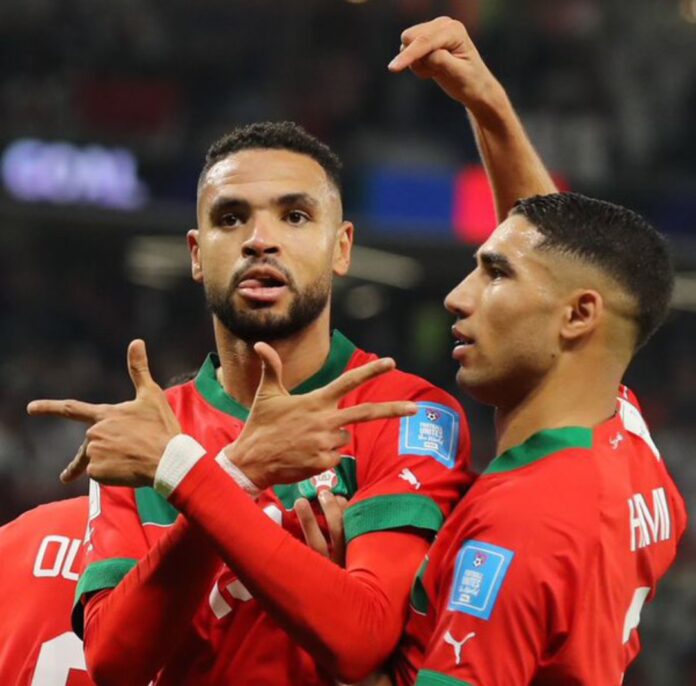 The Atlas Lions of Morocco chased Cristiano Ronaldo and his À Seleção colleagues from Qatar as they become the first Africa-Arab nations to reach the last four in the history of FIFA World Cup tournament.

Cristiano Ronaldo and Portugal poured on the pressure, but could not find a way through. In the end, heart won over pedigree as Youssef En-Nesyri’s goal was enough to send Morocco through by a 1-0 scoreline.

With the win, Morocco are the first African nation to reach the semifinals of a FIFA World Cup, succeeding where three before them fell agonizingly short.

En-Nesyri towered high in the sky to head home just before halftime, and the Moroccan defense took over from there, stifling the Portugal attack for the full 90 minutes. Ronaldo started the match on the bench, with Fernando Santos again favoring young Goncalo Ramos in the attack, but the Portugal manager turned to his aging captain just minutes after halfitme.

It ultimately had little effect, as Ronaldo missed his one good opportunity to change the game later. Rafael Leao was the true injection of attacking flair, but his introduction came too late to alter the scoreline.

Meanwhile, Morocco midfielders Sofiane Boufal and Azzedine Ounahi made the difference throughout the game, and replacement defender Yahia Attiyat Allah also put forth a massive effort.

Morocco captain Romain Saiss came off injured in the second half, and substitute Walid Cheddira was sent off in injury time, but it made no difference as the African nation remained solid in shape and structure.

Goalkeeper Yassine Bounou was also enormous, making a number of huge saves to keep the clean sheet and secure qualification.

Politicizing religion in Ghana: Are you an NDC or NPP Christian/Muslim?...