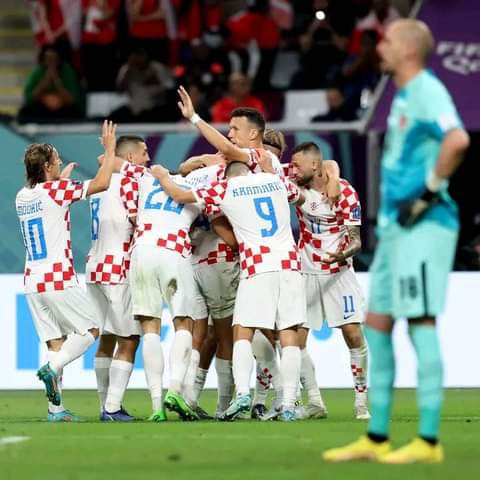 2018 FIFA World Cup runners up Croatia hammered the Red and Whites of Canada on Sunday evening at the 2022 FIFA World Cup tournament in Qatar in their second group game of the mundial after a goalless draw against Morocco in the first game.

The Canadians got their first-ever World Cup goal, just two minutes into the match, but Les Rouge will have been looking for much more, as they fell well short of expectations to exit the tournament in Qatar.

Despite John Herdman’s pre-match comments that Canada would “eff Croatia” and push for knockout-stage qualification, the 2018 World Cup finalists were just too good, as a brace from Andrej Kramaric led the way in a 4-1 Croatia win.

The result officially eliminated Herdman’s side — Canada sitting on zero points through two matches. The missed chances against Belgium now feel like even more of a massive missed opportunity, as the Canadians were well beaten.

Croatia, meanwhile, move to the top of Group F on goal difference over Morocco, who stunned Belgium earlier in the day.

Luka Modric and company are not yet officially through to the knockout stage, but a draw would be enough to do it in the final match against Belgium.