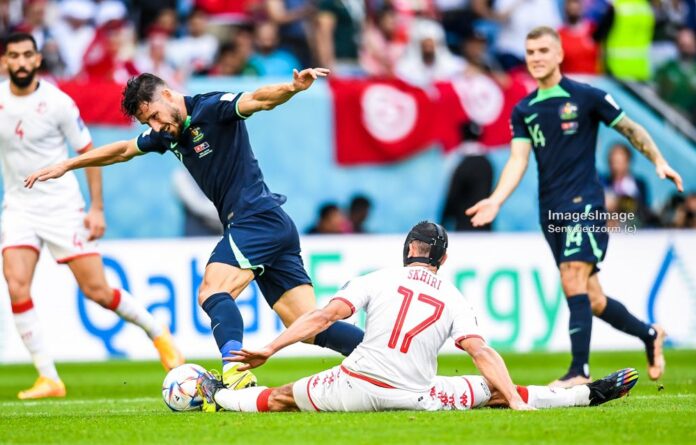 The Socceroos of Australia defeated the Carthage Eagles of Tunisia in their entertaining group D clash at the 2022 FIFA World Cup tournament in Qatar on Saturday afternoon.

Australia’s future at the 2022 World Cup could come down to this game, and the Socceroos made an excellent start as they chase a positive result after their opening 4-1 loss to France.

But Tunisia, who have hopes of reaching the knock-out stages for the first time after an initial draw with Denmark, spurned two good chances to equalise before the interval.

Mohamed Drager, who had earlier drilled a long-range effort over the bar, was denied by a brilliant last-ditch block from Australia defender Harry Souttar.

And just before half-time Tunisia captain Youssef Msakni should have tested Socceroos keeper Mathew Ryan but put an Issam Jebali cross wide of the post.

The Africans are almost out of the competition as they are bottom of the table with one point and a game against the defending champions France on Wednesday.