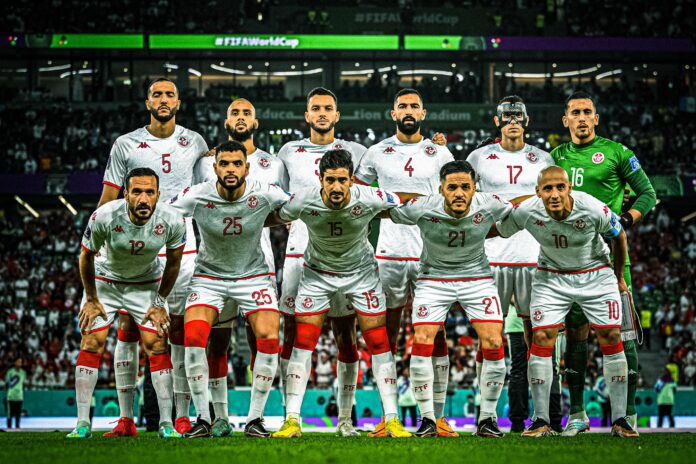 The Carthage Eagles of Tunisia have been eliminated from the ongoing 2022 FIFA Mundial in Qatar despite a slim win over Les Bleus of France in Group D on Wednesday afternoon.

The African country bowed out of World Cup 2022 despite claiming their first-ever competitive victory against France thanks to Wahbi Khazri’s second-half strike.

France, who had a late Antoine Griezmann strike ruled out by VAR in the final few seconds, still finished top of Group D, with Australia beating Denmark to join them in the Round of 16 as runners-up.

With both sides making wholesale changes, it was Tunisia — needing a victory to have any hope of progressing — who made the brighter start, Nader Ghandri having an early effort ruled out by the offside flag.

The African side remained on top for the remainder of the first half, although France’s reshuffled attack still carried a threat, Kingsley Coman passing up the best chance of the opening period as he sliced wide having been played in by Youssouf Fofana’s run.

Khazri was at the heart of Tunisia’s better moments throughout the opening period, Steve Mandanda parrying his shot, but the goalkeeper was beaten two minutes before the hour.

Ellyes Skhiri robbed Fofana on halfway and Khazri was allowed to run straight at the heart of the France backline, skipping round Raphael Varane before placing a low left-foot shot past Mandanda.

Didier Deschamps responded with a triple substitution that included Kylian Mbappe, with Griezmann and Ousmane Dembele following him shortly afterwards, but France failed to significantly threaten until the final few moments.

Tunisia’s resolve looked to have finally cracked when Griezmann volleyed in eight minutes into added time, but the effort was ruled out for offside after a long VAR check, ensuring Tunisia enjoyed a memorable result to conclude their Qatar 2022 campaign.

I am better than Kotoko’s Zachariassen – Coach Yahaha