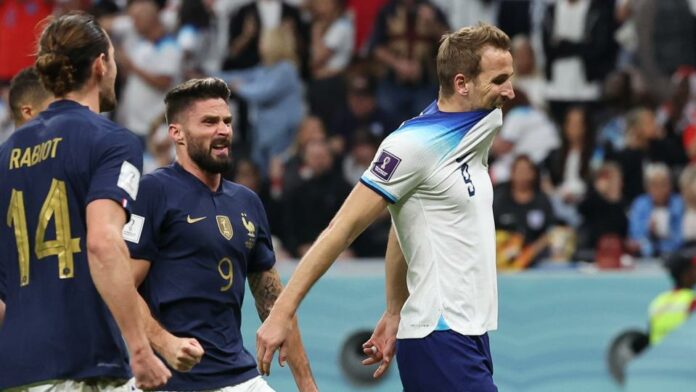 Les Bleus of France are on course to defend the 2018 FIFA World Cup trophy as they booted out the Three Lions of England from the 2022 FIFA World Cup tournament in Qatar.

France becomes the first reigning champion to reach the World Cup semi-finals since the Samba Boys of Brazil did it in 1998.

Kane, who had already bagged once from the penalty spot, got another opportunity thanks to a VAR review which found Theo Hernandez guilty of a foul. Yet he skied his second effort over the bar, leaving Spurs teammate Hugo Lloris breathing easy and letting France off the hook.

England were likely good enough for a draw in this match, as Jude Bellingham and Bukayo Saka performed well in the second half. France weren’t great on the whole, but took their chances well and didn’t need to be heavy on the gas all 90 minutes.

France will face Morocco in the semi-final on Wednesday with Argentina coming up against Croatian in the first semi-final on Tuesday evening.

Lockdown: Government absorbs 50% of electricity bills for residential and commercial...