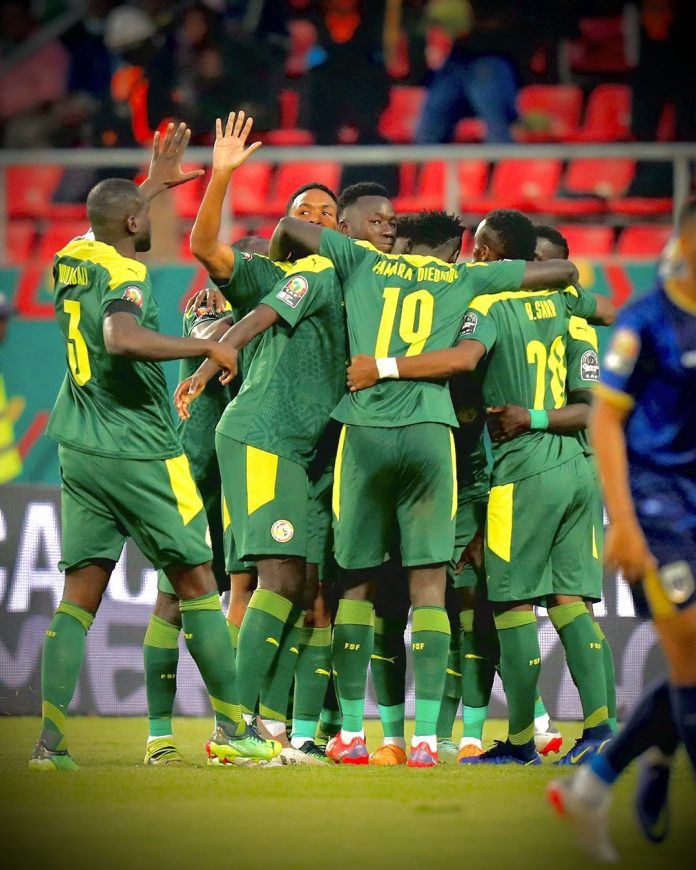 Flawless Senegal will go face to face with High-Spirited Equatorial Guinea team in the quarter-final of the Africa Cup of Nations tournament in Cameroon today.

The Teranga Lions are the only country to keep clean sheets in all their matches at the ongoing Africa Cup of Nations tournament after four matches as they take on Equatorial Guinea at 19h00 GMT.

Until the round of 16 stage of the competition, Senegal had scored just one goal in three group stage games but managed to top their group with five points.

At the round of 16 stage of the ongoing Africa Cup of Nations tournament in Cameroon, the Teranga Lions beat 9-man Blue Sharks of Cape Verde Island 2-0 to book a place in the last eight of the tournament.

Today, they will take on Equatorial Guinean side that has wowed many with their scintillating performance full of determination and the will to play beyond their limits to make their country proud.

Teranga Lions must go through the National Thunder to be able to set up a semi-final clash with Burkina Faso who beat favorites Tunisia in the quarter-final on Saturday evening.

The lightning Thunder would certainly not be a pushovers for Senegal today on the account of whatever they have achieved so far in Cameroon.

After losing the Ivory Coast in their opening AFCON 2021 game, the Thunders struck against defending champions Algeria as they beat them 1-0 in their second match and to the surprise of many football loving fans across the globe.

In their final group game, Equatorial Guinea inflicted a painful 1-0 defeat on the Leone Stars of Sierra Leone to finish second in group E to set up a clash against Mali at the first knockout phase.

They went on to eliminate the Eagles of Mali on a nerve breaking penalty shootout after a goalless stalemate as 120 minutes proved not enough to separate the two teams.

The Guineans boast of one win at the Africa Cup of Nations tournament as Equatorial Guinea beat Senegal 2-1 in the group stages in the 2012 edition when they co-hosted the tournament with Gabon.

However, Senegal defeated them twice in the 2019 Africa Cup of Nations tournament qualifiers to get their revenge.

The Guineans have scored two goals and have conceded only goal in four matches as they come up against a team with four clean sheets from four matches.

The game will be played at 7pm at the Stade Omnisport Ahmadou Ahidjo in Yaounde with a semi-final place to Burkina Faso up for grabs.

15m Ghanaians have bank accounts thanks to mobile money interoperability –...