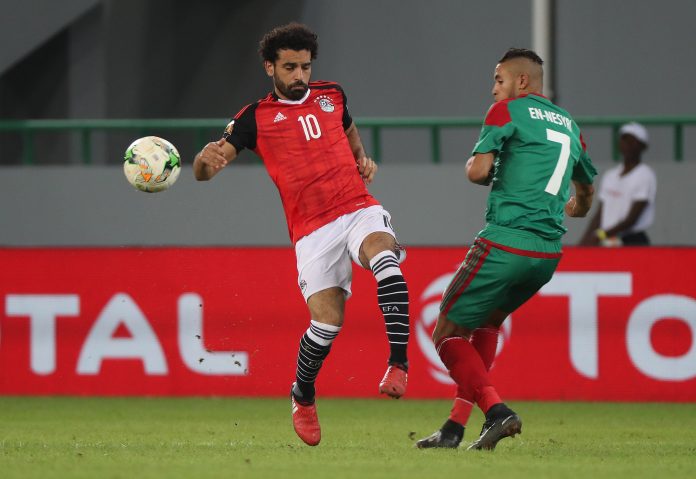 Seven times champions Egypt and one-time winners Morocco clash this afternoon in a heavyweight Africa Cup of Nations quarter-final tie in Cameroon at the Stade Ahmadou Ahidjo Annexe in Yaounde.

Back in Port-Gentil five years ago, a Mahmoud Kahraba strike at the death sent the Atlas Lions packing at the last-eight stage and now the two teams meet again while enjoying positive AFCON campaigns despite Egypt’s slow start to the tournament.

Mohamed Salah and Egypt may have finished second behind Nigeria in their group, but Carlos Quieroz’s side came through a grueling and highly intensified match against Ivory Coast on Wednesday to book their spot in the last eight. The Pharaoahs are seeking their eighth continental title to move three up above Cameroon who have won the tournament five times.

Egypt vs Morocco team news
Mohamed El-Shenawy will undergo further tests on a hamstring strain after the goalkeeper was forced out of the last-16 game against Ivory Coast. Hamdi Fathi also had to come off and is a doubt for this game.

Morocco are once again waiting on Ilias Chair, the QPR midfielder having sat out the win over Malawi due to a problem picked up against Gabon in the group stage.

Two very evenly-matched teams are rather likely to require separation by a penalty shootout on this occasion.

The Atlas Lions have a very strong record against their fellow North Africans.

Ahmadou Ahidjo Stadium in Yaounde will host the match.

Where to watch Egypt vs Morocco Across Africa

2022 budget responds to the call for jobs – Oppong Nkrumah