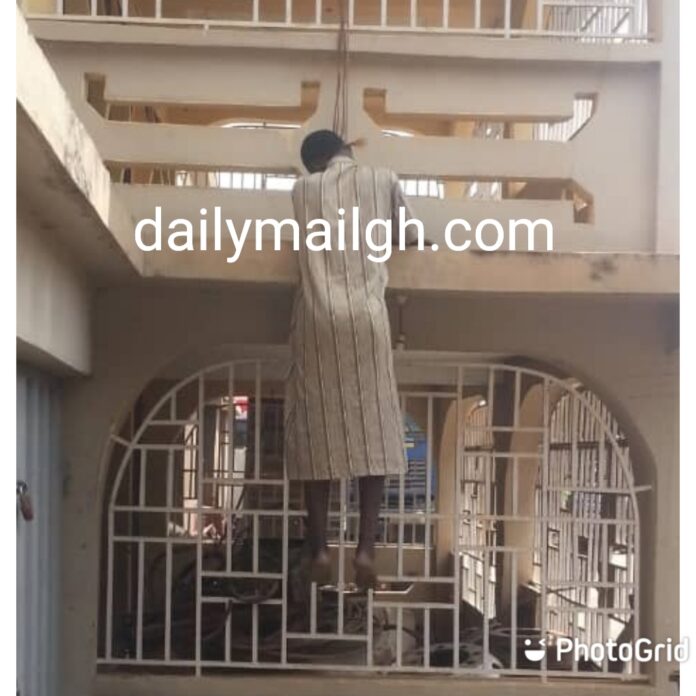 A male adult was found hanged at his family house located at Mfantoame, near Kodie in the Ashanti Region, family members say.

The remains of Hamza Mohammed, 22, were discovered at the side of the top floor of the two-storey building at about 7 a.m Friday with a rope tied to his neck prompting an urgent response from his family.

Haruna Mohammed, an uncle of the deceased quickly reported the matter to the Kodie Police Station for further action. He told dailymailgh.com that his nephew was confirmed dead at the scene.

The body was thoroughly inspected by the officers but no visible marks of violence was found, according to Haruna.

The body was quickly conveyed to the St. Patrick Hospital morgue at Offinso for preservation and autopsy.

Members of his family have since been invited to assist police investigations.