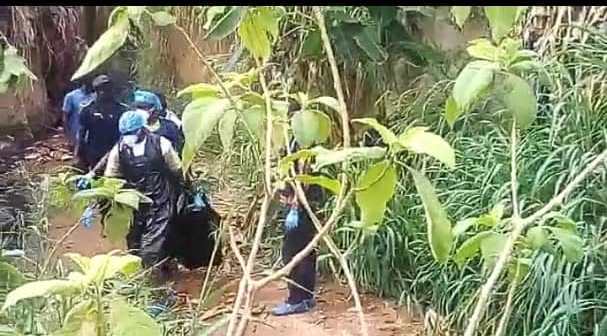 A one-year-eight-month old baby girl who was reportedly ‘abducted’ on Thursday night at Apatrapa, near the Ashanti Regional capital, Kumasi, has been found dead, Dailymailgh.com can report.

The remains of Ama Serwaa was found in a drain near a public toilet, opposite a Presbyterian Church located in the Apatrapa community, after close to 24 hours of search.

A team from the Criminal Investigations Department were deployed to the scene and has since deposited the body to the Komfo Anokye Teaching Hospital morgue.

The grieving mother told the police that she had locked up Serwaa and her two siblings at home to buy food just a few meters away from her house.

She later discovered that some unknown persons had broken into her room and bundled her child away upon return.

Some opinion leaders and neighbours launched a search for the innocent victim, but later reported the matter to the police after efforts to find her yielded no results.

It is gathered that this is not the first time the baby had gone missing.

“A similar incident happened last Sunday. This time the victim was discovered near a friend’s house after hours of search. As I speak the family is engaging the police in their investigations,” a family friend told Dailymailgh.com.

The Apatrapa community is in shock as many have been to the home to commiserate with the grieving mother of three.