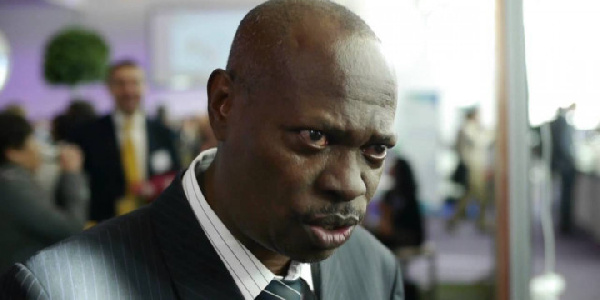 Third prosecution witness, Dr. Yaw Adu-Ampomah has been accused of lying to the court when he claimed that some farmers drank Lithovit liquid fertilizer in place of water.
Dr. Adu-Ampomah, who is a former Deputy Chief Executive of COCOBOD, testified against the former Chief Executive Dr Stephen Opuni and businessman Seidu Agongo who are standing trial for their roles in the purchase of Lithovit liquid fertiliser between 2014 and 2016.
In order to justify the prosecution’s case that Lithovit is a worthless fertiliser, the witness under cross-examination in February 2020 told the High Court presided over by Justice Clemence Jackson Honyenuga that:

Though he insisted that the farmers told him that, he admitted he had no proof to back it because the farmers did not make any formal complaint to COCOBOD nor at EOCO.

But the former board chairman of COCOBOD, Ambassador Daniel Ohene Agyekum on June 2, 2022 told the court that Dr. Adu-Ampomah was being untruthful on that claim.
“My reaction will be so direct and simple. That, Dr Adu-Ampomah whom I know quite well doesn’t know what he was talking about. It is either he did not know what he was talking about or he misunderstood what the farmers were telling him. If they drank the fertiliser, they would be dead. Or he is simply not telling the truth. My lord I swore to tell the truth and nothing but the truth. I personally visited some of my relatives from Ashanti who have been farming as far away as Akontombra in the Sehwi area at a village called Mile 2 in the Western North. I spent three days and in my interactions with the farmers, I formed the distinct impression that the Lithovit liquid fertiliser was so effective that they believed as a board chairman I could personally give them some more which I couldn’t.”

Meanwhile, the second defence witness, Mr. Samuel Torbi who is a cocoa farmer also told the court, “No my lord because the training they – CHED of COCOBOD – took us through, they told us that when the chemical enters into our body, it will give us problems. So when we spray insecticides or liquid fertiliser, we put on gloves, we also wear masks, we wear spectacles and wellington boots. So when someone tells you that you can drink Lithovit fertiliser in your farm, then that person is not a farmer. Or when you are told that you can drink Lithovit liquid fertiliser when you are thirsty then that person is definitely not a farmer.”
In a related development, Dr. Adu-Ampomah is facing a suspended perjury charges after he was found to have allegedly lied under oath in the same trial. He is alleged to have perjured himself when he consistently told the court that all procurement of fertilizers at COCOBOD are subjected to open tender after advertisements are placed in the dailies, but later admitted under cross-examination that COCOBOD has always sole sourced fertilizers and never advertised for the procurement of fertilizers.

Early on, Amb. Ohene Agyekum told the court that during his tenure of office, he was ” not only regular but attended all Entity Tender Committee (ETC) meetings”.

Lawyer Nutifafa Nutsukpui then asked him how the ETC went about its decision making.

He replied, “We went about our decisions in this way, the technocrats and the various units of COCOBOD submit their proposals to the ETC. Here, once again, the procurement unit depending on what is to be discussed will be involved. The procurement officer will be called to the meeting and give clarifications on their proposal. All proposals go to the procurement unit. When the ETC is satisfied with the clarification and explanations provided, the ETC will the approve the proposals which are then submitted to the main COCOBOD board for consideration and approval. The decisions of the main board will be conveyed to management for implementation. That is the process.”

In his evidence in chief, the witness stated even though the chief executive of COCOBOD was later, by law, made chairman of the Entity Tender Committee, Dr. Stephen Opuni never attended any of their meetings that approved the purchase of Lithovit liquid fertilizer.

He reiterated,  “Under my tenure all agrochemicals including Lithovit liquid fertiliser went through the proper and approved  procedure just as was there before my appointment to the board.

“As the board chairman, I can state on authority that all fertilisers which was purchased from Agricult went through the proper procedure as pertains during my term.”

The retired diplomat said “COCOBOD did not suffer any loss or whatsoever” when it purchased Lithovit liquid fertilizer.