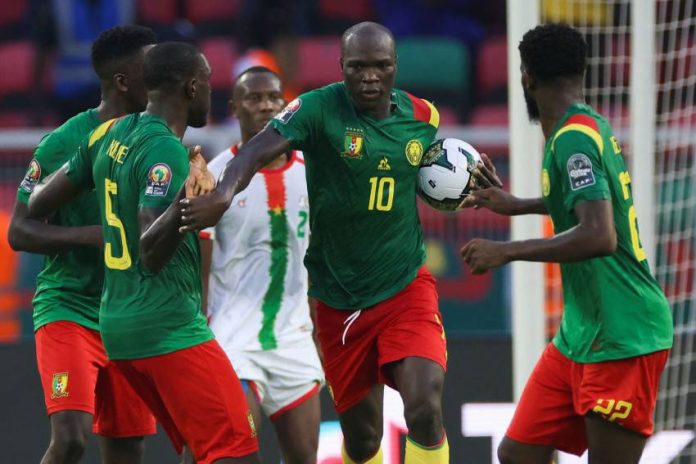 AFCON 2021 host, Cameroon came from behind to beat Burkina Faso 2-1 in the opening game of the tournament on Sunday evening in Yaounde.

The Indomitable Lions roared louder to scare the Stallions after going down to a goal early in the first half of the match.

Despite aa good start to the game by the Cameroonian’s, it was the Burkinabe’s who struck first through Gustavo Sangare who finished brilliantly from Bertrand Traore after 24 minutes to make it 1-0.

Fourty mminutes into the game with five minutes to the end of the first half, Burkina captain, Traore brought Andre-Frank Zambo Anguissa down in the box and a penalty was given after VAR consultation.

Vincent AAbubakar, the captain for Cameroon stepped up and scored the resulting penalty kick to make it 1-1.

Abubakar was at it again when he scored the second goal on the stroke of half time whistle from the spot again to make it 2-1 to the host going into the break.

After the break, VAR denied Abubakar his third and what seemed a legitimate goal for the home team.

The game ended 2-1 to Cameroon who move top of the table.

The hhost will play Ethiopia who tackles Cape Verde later this evening next and Burkina face Cape Verde with both games on Thursday.

‘It was lawless’ – GBA blasts Hawa Koomson, others