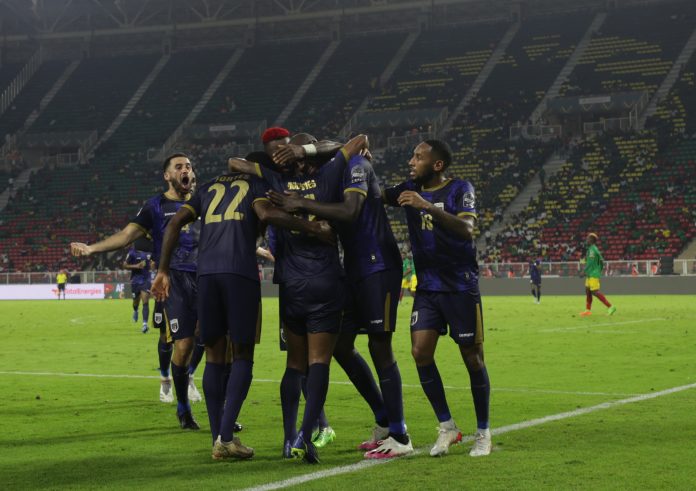 The second Group A game of the ongoing Africa Cup of Nations tournament between Ethiopia and Cape Verde at the Olembe Stadium produced less glamour and intensity compared to the opening game of the ceremony.

Cameroon and Burkina Faso served a mouth-watering encounter but their other group members, Ethiopia and Cape Verde produced a less comprehensive and competitive game.

Ethiopia received an early blow in the ninth minute when they were reduced to 10 men against Cape Verde in their AFCON 2021 opener on Sunday evening.

Ethiopia’s Yared Baye brought down Garry Rodrigues of the Blue Sharks a few meters away from the goal area which resulted in his marching orders.

The foul saw the central defender’s initial yellow card reversed by the Video Assistant Referee and made a red card on the 12th minute.

Few minutes away from the half time whistle, a pinpoint cross from the left side of attack found the foot of Garry Rodrigues who volleyed for Julio Tavares to head home the opener into the middle of the goal from close range to make it 1-0.

Ethiopia looked more purposeful in the second half despite being a man down but failed to get back into the game as it ended 1-0 to the Islanders.

Tavares’s goal is the first scored by Cape Verde at AFCON since 2015 while Ethiopia’s wait for first AFCON win in 45 years continues.

I don’t have any political ambitions – Criss Waddle