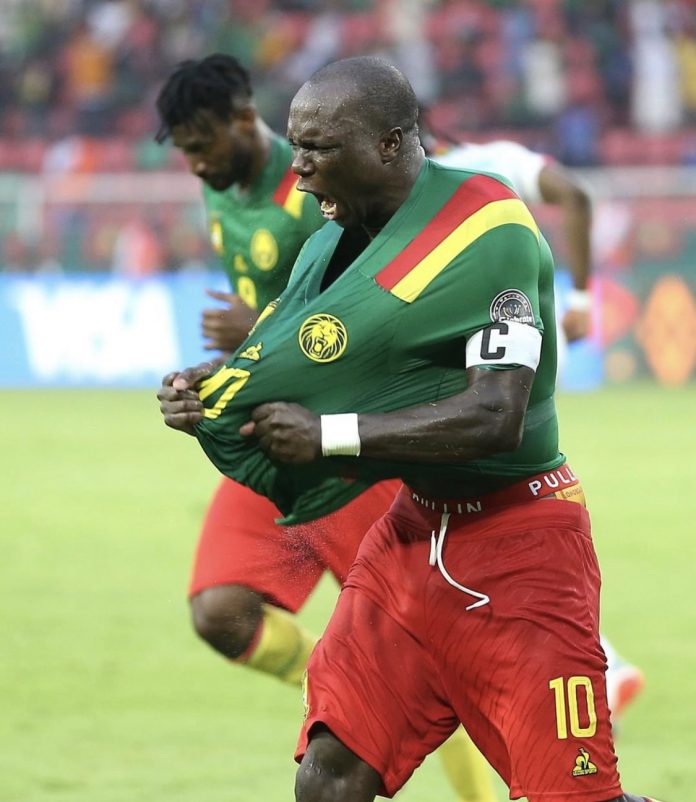 The Indomitable Lions of Cameroon roared after they were awaken from their sleep by a fragile Walias of Ethiopia in their emphatic win in their second game of the ongoing Africa Cup of Nations tournament.

The host fell behind for a second game running against a sleek passing Ethiopian side same as they fell behind Burkina Faso in the AFCON Tournament Opening Game.

Just four minutes after Kickoff, Dukele Dawa Hosetta converted from a close range cross from the right side of attack to give Ethiopia a shocking but a deserving lead against the five-time Africa Cup of Nations winners.

After the break, the Ethiopians were the better side on the ball and threatened the goal area of Cameroon but Ajax Amsterdam goalkeeper Andre Onana kept them at bay.

On the 53rd minute mark, Collins Fai’s pinpoint cross from the right side of attack was headed in brilliantly by Vincent Aboubakar to give the home team the lead out of nowhere.

Two minutes later, Aboubakar was at it again but this time converting from close range with his left foot to score his second goal of the match and Cameron’s third following a cross from Ngameleu Nicolas.

Toko Ekambi made it 4-1 to Cameroon to grab his second on the day with a beautiful strike inside 67 minutes of the match to put the game way beyond the reach of the Ethiopians.

Cameroon could have scored more but Anguissa and his his other colleagues were not clinical enough and missed all their chances.

Ethiopia had a great and a golden chance to reduce the deficit but they failed woefully to convert the chance on the 88th minute mark as they were thumped 4-1 by the Lions.

To silence the media is to corrupt democracy – A reminder...