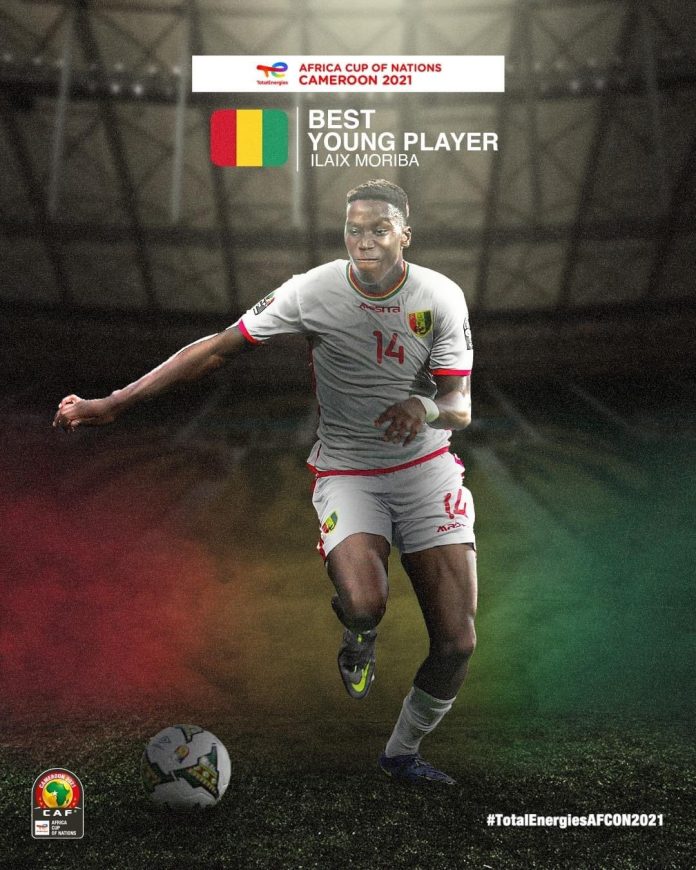 Guinean youngster, Ilaix Moriba has been confirmed as the Best Young Player in the ongoing Africa Cup of Nations tournament in Cameroon after he group stage.

The former FC Bar starlet has been a pivot and a consistent performer for Syli Nationale in the tournament and helped them to book a place in the knockout stage.

Moriba played in all the three matches in the group stage as he faced players like Liverpool FC star Sadio Mane.

The 17-year-old versatile player who could play in both midfield and defense has been a révélation at the tournament with a commanding and confidence display any time on the field for his country.

Moriba could have played for Spain but opted to represent his home country, Guinea.

Moriba and his colleagues will battle debutants Gambia in the round of 16 on Monday evening for a place in the last eight.