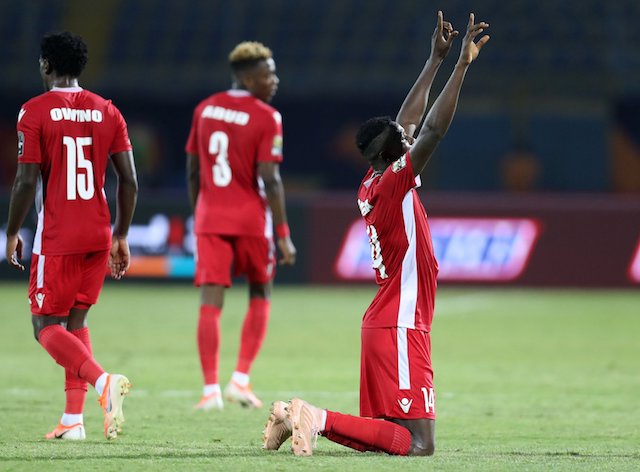 Algeria became the second North African Country to secure a round of 16 berth after defeating Senegal whilst a flamboyant Madagascar team also pipped Burundi with Tanzania and Kenya drawing.

AFCON debutants Madagascar continued their fairy tale story with a 1-0 win over Burundi in Group B as they inch closer to a second round berth. Ilaimaharitra netted the only goal for the Islanders in the 79th minute at the Alexandria Stadium

Elsewhere, the Desert Foxes of Algeria devoured the Teranga Lions of Senegal to book their place in the second round of the competition. Esperance attacker Mohamed Youcef Belaili scored a long range effort in the 49th minute to win the game for the North Africans.

It was an intriguing East-African derby in the last game of the day as Kenya came from behind twice before winning 3-2 against their neighbours Tanzania.

Msuwa gave the Taifa Stars the lead as early as the sixth minute before Kenya fought back and equalized in the 39th minute through Michael Olunga but it was short-lived as just a minute later, Samata restored Tanzania’s lead.

Kenya drew level again in the 62nd minute through Johana Ochieng Omolo after which Michael Olunga delivered the sucker punch in the 80th minute to make it 3-2.

Tunisia will battle free scoring Mali in the first game of the day on Friday whilst Morocco also lock horns with Ivory  Coast in the clash of the big guns in Group D. The last game of the day is a Southern African derby between Namibia and the Republic of South Africa.