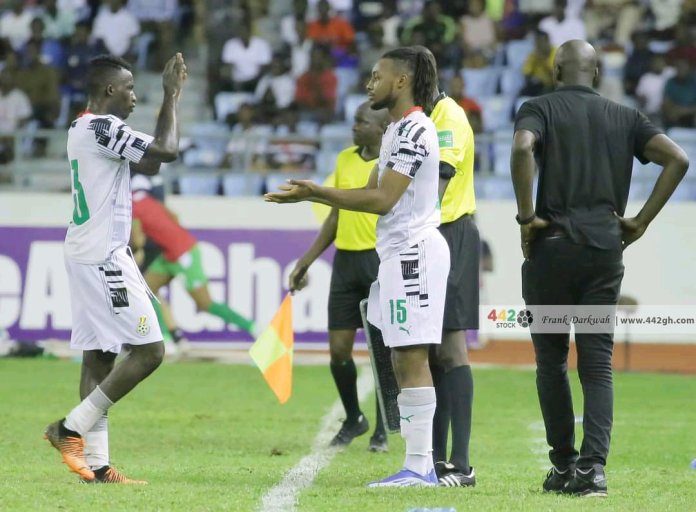 Ghanaian forward Antoine Semenyo debuted in Black Stars win over Madagascar in the Africa Cup of Nations qualifiers on Wednesday.

Antoine Semanyo earned a place in Coach Otto Addo’s squad for the 2023 Africa Cup of Nations qualifiers in June and made an appearance in the 3-0 win on the night.

The Bristol City FC striker made his debut game in Ghana’s first game of Group E for Ivory Coast 2023 Africa Cup of Nations qualification in the second half of the match when Ghana was leading 2-0.

The 22-year-old deadly striker came off the bench to replace AS Roma attacker Felix Afena-Gyan who got his debut goal for Ghana and the second of the game after assisting Mohammed Kudus for the first goal.

He had little time to show his full potential but was very mobile on the field of play within the few minutes he played.

He is expected to play a major role next Sunday when Ghana face Central Africa Republic away from home in the second game.

By: D. N. A. MENSAH, Daily Mail GH/Follow the writer @SkipperWrites on Twitter

Ethiopia’s Tigray crisis: How the conflict could destabilise its neighbours