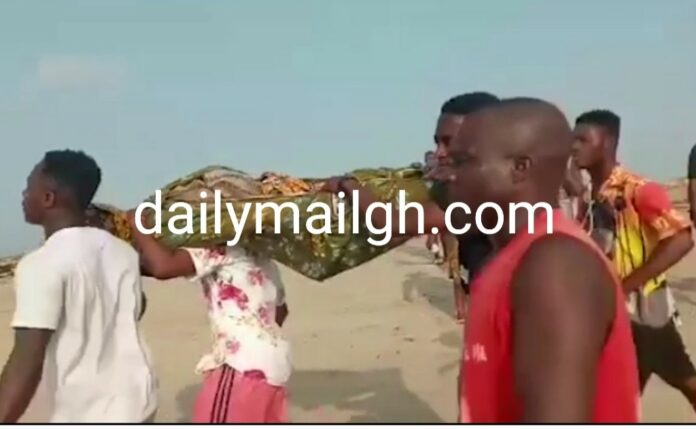 The Ghana Police Service has said the remains of another teenager who got drowned at a beach in Apam have washed ashore in the Gomoa West suburb of Mankoadze about 76.6 km from the national capital Accra.

Spokesperson of the police in the Central Region, Irene Oppong told dailymailgh.com that the body of the young male teenager washed ashore on Thursday morning.

This brings the death toll to 13 as medics say the body which is at a stage of decomposition has been released to his family for burial.

The circumstances involving the March 7 incident were not clear yet, the police in the Central Region has said.

The group of young people aged 15 to 20 were playing football and swiming on Sunday at Apam beach, 80 kilometres (50 miles) from the capital Accra, in the Central Region.

The reason behind the accident is unclear but beaches along the Atlantic coast are officially closed since March in an effort to contain the spread of coronavirus.

“We were able to retrieve the bodies of 12… including two females and we have deposited their remains at the morgue,” police spokesperson Irene Oppong told AFP.

Two others were rescued and are being treated at a local hospital, Oppong added.

Police said the search for further bodies or survivors was still ongoing and that an investigation into the cause of the accident had been launched.

Strict restrictions to curb the virus imposed last year have remained in place despite the start of the vaccine rollout in the West African country.

Adeti writes: A lesson to parents – How a child got...