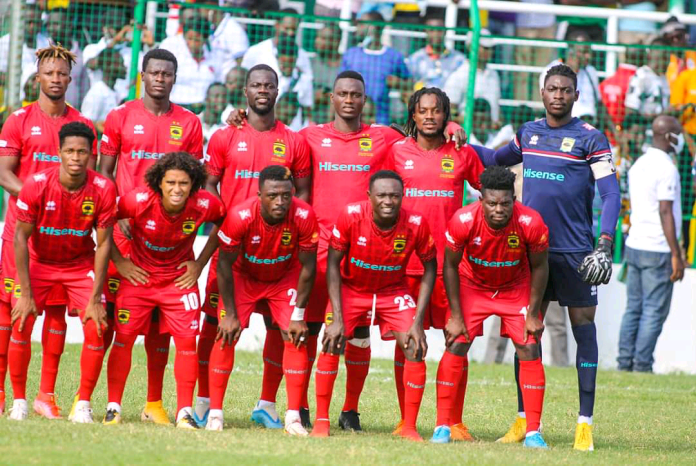 The Porcupine Warriors welcome the Green and Yellow Miners to the Baba Yara Stadium with the Reds gaffer making two changes to his team that played against Bechem United last Tuesday in a goalless stalemate.

Richmond Lamptey comes in for Mudasiru Salifu to partner Richard Boadu and Mohammed Sherif in midfield.

He will play alongside Georges Mfegue playing from his usual left wing with Mbella Etouga leading the lines.

I’m not a fool to shoot expensive music videos – Shatta...