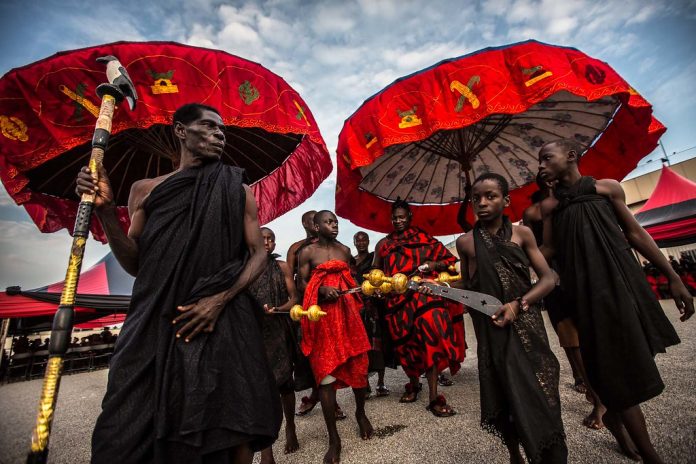 A three-week ban on funerals in the Asante Kingdom has finally been lifted, the Manhyia Palace has announced.

The Busumuru Rituals were performed on Monday, April 29 at the Manhyia Palace before the ban was eventually lifted.

Otumfuo Ankobeahene, Baffour Kwame Kusi II told newsmen that the ritual paved way for people who have lost their friends and loved ones to perform their funeral.

He added that the ritual was also to prevent any calamity that will befall on the Asante Kingdom.

Otumfuo Osei Tutu II is the 16th occupant of the sacred Golden stool.

The Asante Monarch has chalked a lot of successes since his enstoolment in April 1999.

A grand durbar marking his 20th anniversary was held at the Manhyia Palace on Sunday, April 21, 2019.

President Akufo-Addo and other world leaders, were among dignitaries who graced the event.

A state banquet was also organised by the Presidency in Kumasi to honour his selfless and unique leadership.