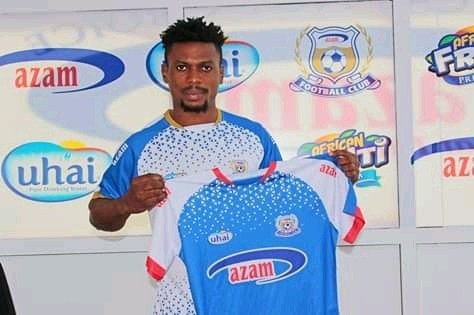 The Ivorian put pen to paper on a three-year deal with the Tanzania top-flight side as a free agent.

Djodi previously played for Guinea side AC Horoya and AC Leopards of Mali respectively and was one of the most sought after players in Ghana before his departure.

The gifted midfield mastermind was on the radar of Asante Kotoko and was close to joining them on a free transfer after his contract with the Miners expired.

Azam FC will be representing Tanzania in next season’s CAF Confederations Cup and the inclusion of Djodi will enhance their chances of achieving their target by going all the way to the group stages of the second tier club competition on the continent.