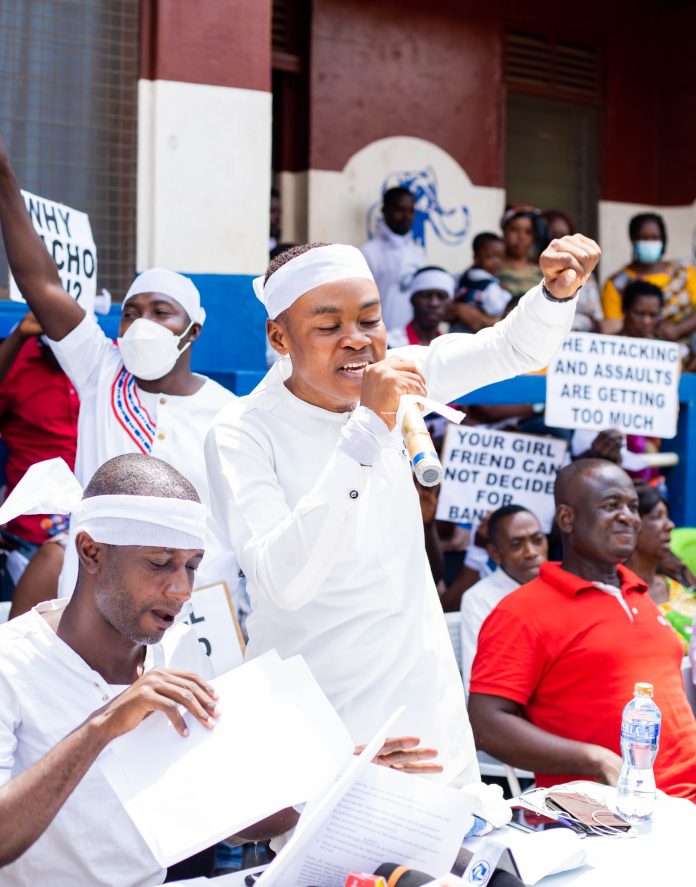 A youth group affiliated with the ruling New Patriotic Party, NPP, in the Bantama Constituency of the Ashanti Region has warned that the conduct of some members could threaten the party’s electoral fortunes in the area.

The group which calls itself the Concerned NPP Youth of Bantama noted that it is disturbed with recent happenings in the constituency as the party elects new officers at the polling station level.

Police were called in to restore order when some thugs reportedly stormed the party office on Saturday, attacking some constituency executives without any provocation.

At a press conference on Tuesday the Convener of the group, Nana Kwabena Boakye Dankwa, condemned the incident, as he called out one Mr. Bernard Amofa Jantuah of sponsoring the act.

“When constituency executives were at the party office sorting out papers so polling station executives could go on the next day (Saturday), some coordinators, who are known to be doing the bidding of Mr. Amofa Jantuah stormed the party office with some thugs, popularly called machomen and disrupted the activities of the party officials. It took the intervention of the police to bring the situation under control, even though some party members sustained various injuries. This we find to be very crude and unacceptable”, he said.

“Our investigations reveal that these thugs are working under the instructions of Mr. Amofa Jantuah Bernard, whose intention is to cause mayhem and disrupt the peaceful conduct of our internal elections. We can, therefore,  safely say, that Mr. Amofah has brought violence into Bantama NPP. We call on the leadership of the party to take the necessary steps to sanction Mr. Jantuah and his violent supporters, to maintain the peace we have been enjoying for some time now.”

The group questioned Mr. Amofa’s contribution to the party and further accused him of scheming to “disturb the development agenda of our Member of Parliament, Hon. Francis Asenso-Boakye”. They are calling on the party leadership to investigate the incident and call Mr. Amofa and his assigns to order.

“We are fully aware that certain former executives of the constituency are also behind this and we shall expose all of them, and any individual who is against the peace and unity of Bantama NPP very soon.

We frown on this awkward behaviour of the Aspiring Chairman and demand an immediate apology from his quarters to bring back the peace and sanity Bantama has enjoyed all these years. We also call on the leadership of the party in the Region to investigate the ongoing tensions in the constituency and apply the necessary sanctions to Mr. Amofa who is behind one of his supporters to take the Constituency to court”, the group said.