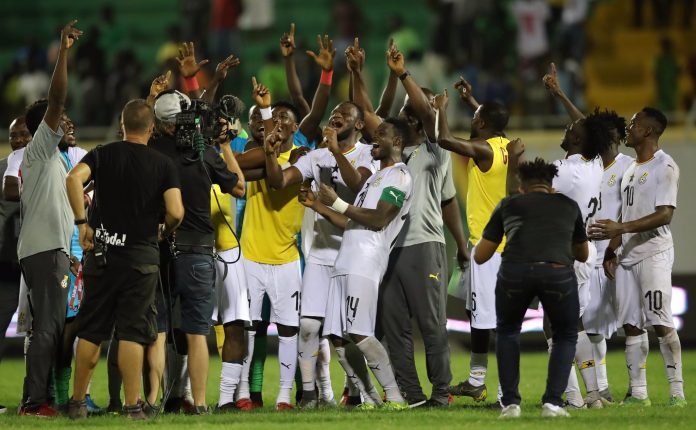 Ghana’s Black Stars B are through to the semi-final of the 2019 West African Football Union Cup after beating neighbors Burkina Faso 5-4 on penalties.

The Stars went a goal down as early as the 3rd minute through Ilina Teindrebeogo strike for the Burkinabes.

Shafiu Mumuni the captain of the side got the equalizer for Ghana after piling a lot of pressure on the Stallions as the Ashgold goal machine was nicely set up by the composed Joseph Esso to send in the ball to Captain Shafui Mumuni who connected with his head to make it 1-1 before half time.

The second half was a balanced game with both sides failing to take control of the game.Black Stars were the better side in the second half making the Burkinabes to resort to a physical game.

The game ended 1 – 1 and Medeama shot stopper Eric Ofori Antwi came to the rescue of his side saving two vital spot kicks to send the West African powerhouse to the next stage of the competition.

Ghana won the game 5-4 on penalties after six penalties from both teams.