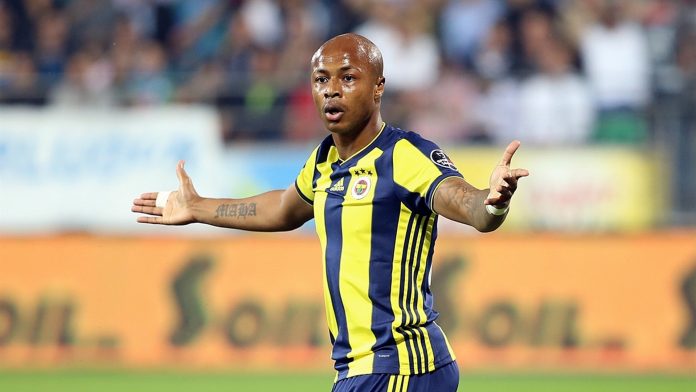 Ghana captain Andre Ayew has been offered to Fenerbache for free by his parent club Swansea City.

The 29-year-old midfielder spent last season on loan at the Turkish side, but returned to Swansea after his loan spell ended.

Report reaching Dailymailgh.com indicates, Ayew, who captained the Black Stars in Egypt during the Africa Cup of Nations, has been declared as surplus by the English Championship side.

The former Olympic Marseille star man enjoyed a great season in Swansea in the 2015–2016 season making 34 appearances scoring 12 goals in the process but was seriously injured when he joined West Ham United between 2016 to 2018 scoring 9 in 43 outings.

Ayew rejoined Swansea City in 2018 making 12 appearance with no goal to his credit in a spell full of injuries.

Ayew, son of the legendary Abedi Ayew, was not part of the Swansea City team during the team’s opening game of the season against Hull City FC which ended 2-1 for the Swans at the Liberty Stadium.

Ayew could be without a team if Turkish powerhouse Fenerbache refuse to take him for free from Swansea in the summer transfer window.