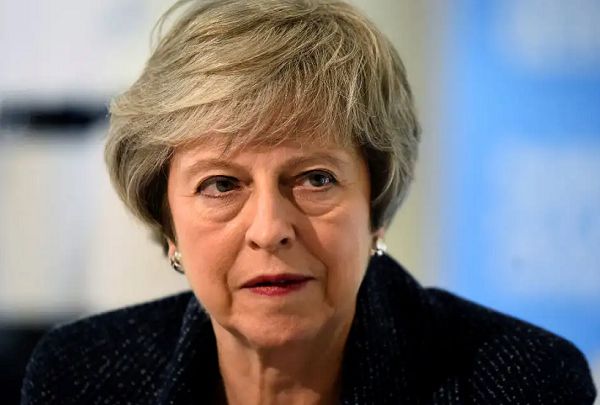 Brexit talks are at a “crucial stage”, Theresa May will tell MPs later when she updates them on the negotiations.

The PM will say “we now all need to hold our nerve” to get the changes needed to get her Brexit deal through Parliament by the 29 March deadline.

She has been trying to secure changes to the backstop arrangement – the “insurance” policy to avoid a return to border checks on the island of Ireland.

The EU has reiterated it will not renegotiate the withdrawal agreement.

Leader of the Commons Andrea Leadsom said Mrs May “needs a bit more time” to negotiate with the EU and would give MPs a “meaningful vote” on a revised deal “as soon as possible”.

Mrs May is due to make a statement to MPs at 12:30 GMT – a day earlier than had been expected – ahead of a debate on Thursday on the next steps for Brexit.

It comes after Parliament voted last month for the PM to find alternatives to the current backstop arrangement.

The PM will tell Parliament she still believes it is possible to get a deal that MPs can support.

“By getting the changes we need to the backstop; by protecting and enhancing workers’ rights and environmental protections; and by enhancing the role of Parliament in the next phase of negotiations I believe we can reach a deal that this House can support,” she will say.

Speaking after a dinner with Brexit Secretary Steve Barclay on Monday night, EU negotiator Michel Barnier said the talks had been “constructive”, but added it was “clear from our side we’re not going to reopen the withdrawal agreement, but we will continue our discussions in the coming days”.

A statement from the Department for Exiting the European Union said Mr Barclay and Mr Barnier had agreed to further talks and their teams would continue to work in the meantime “on finding a way forward”.

Mr Barclay will be joined by Cabinet Office Minister David Lidington in Strasbourg on Tuesday for further talks with MEPs and a meeting with the European Parliament’s chief Brexit negotiator Guy Verhofstadt.

Xenophobia: Too many people coming to South Africa – SA High...